Traffic Is Back in Chinese Cities, and Energy Demand Is Rebounding 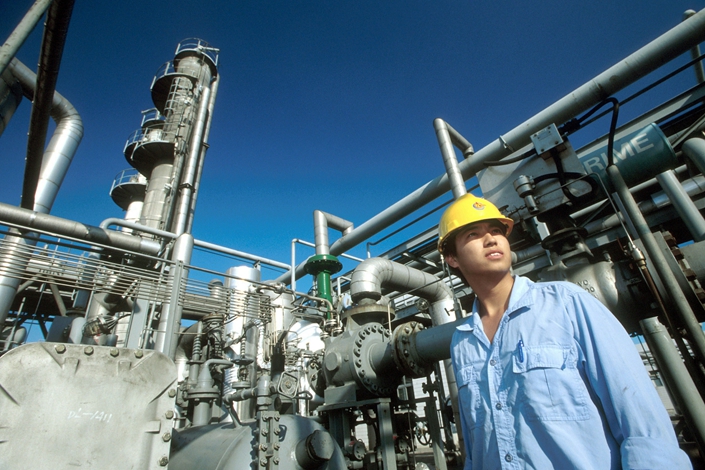 (Bloomberg) — Traffic is returning to the streets of China’s biggest cities as the nation emerges from a virus-led lockdown, prompting a boost in fuel consumption that’s supporting a recovery in refinery processing rates.

Traffic data over the past seven days in Beijing and Shenzhen — which are home to 34 million people combined — shows that rush-hour congestion was heavier than the same period last year, while in Shanghai it was almost as crowded, according to TomTom International BV. The nation’s oil refiners have kept run rates in April at preoutbreak levels after a recovery that began late last month, even as China’s economic rebound is expected to be gradual.

China’s public transport system is already moving the masses. Taxis, buses and private cars have been running at normal levels in 31 regions and cities since April 4, according to the Ministry of Transport. Crude processing rates by the nation’s refiners are also getting a boost from people operating trucks and returning to construction sites, which is increasing consumption of diesel, according to senior officials at the nation’s top refiners.

Wuhan, the epicenter of the coronavirus outbreak, emerged from a months-long lockdown in early April, but China is still employing measures across the nation such as social distancing in schools and compulsory face masks to prevent a second wave of infections. Despite continuing caution, TomTom Traffic Index congestion data is signaling people are returning to the roads.

State-owned and independent refiners have kept processing rates at 13 million barrels a day so far in April, according to the officials who asked not to be identified because they aren’t authorized to speak publicly. That almost matches the monthly average in 2019 and compares with a daily rate of 9 million in February at the height of demand contraction due to the outbreak.

The rebound has been led by independent refiners, known as teapots, which have increased processing to a record level. The situation in China contrasts with India, Europe and the U.S., where refineries are continuing to cut processing rates as lockdowns remain in force.

PetroChina Co. Ltd., the country’s largest oil company, said it expected refinery utilization to recover to about 80% in the second quarter, compared with 75.7% in the first quarter, according to a Citigroup Inc. research note citing a call with company executives. Refineries will also shift product yields to produce more diesel, which is in relatively higher demand than gasoline, the executives said at the call.