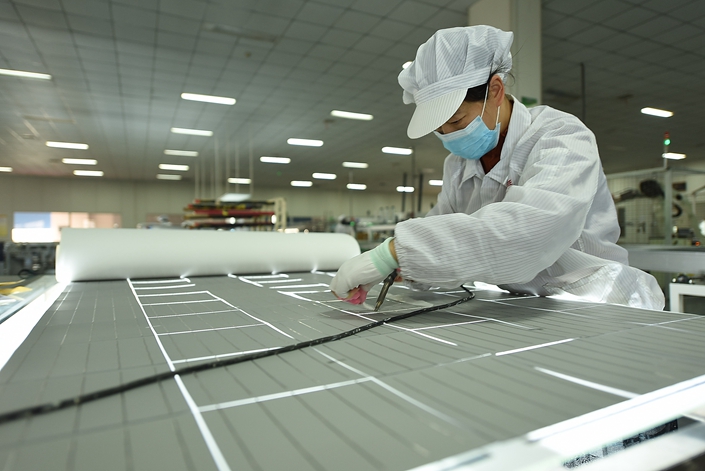 Biotech, advanced equipment manufacturing and other high value-added industries made more of a contribution to China’s total economic inputs last month thanks to expansions in technology and labor inputs, a Caixin index showed Saturday.

The Mastercard Caixin BBD New Economy Index (NEI) came in at 32.1 in April, indicating that new economy industries accounted for 32.1% of China’s overall economic input activities. The reading was up from 31.2 in the previous month.

Of the three subindexes that make up the NEI, the one for technology inputs, which has a 25% weighting in the index, rose 2.8 points to 32 in April. The technology subindex measures the number of research personnel recruited by the tracked industries, the number of inventions they create and the number of patents they obtain.

Of the 10 tracked industries, the new information technology industry continued to be the largest contributor in April, making up 11.8 percentage points of the NEI reading.

By tracking the daily flow of people in companies, office buildings and shopping malls, the NEI report has measured the extent to which businesses have gotten back to work as the Covid-19 outbreak wanes in China. In April, it found the flow of people in about two-thirds of listed companies was about 75% of where it was before the Lunar New Year holiday in late January. The same figure had recovered to 73% in office buildings and 67% in shopping malls.

The average monthly entry-level salary in new economy industries, based on data compiled from online career and recruitment websites, dropped 244 yuan ($34.60) from the previous month to 11,350 yuan.

The monthly NEI reports are written by Caixin Insight and Chinese big-data research firm BBD, in collaboration with the National School of Development at Peking University.