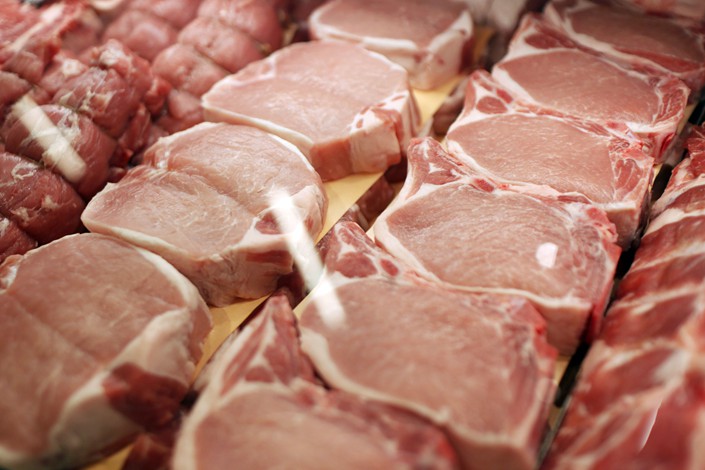 Pork chops are displayed for sale during the grand opening of a Whole Foods Market Inc. location in Burbank, California, on June 20, 2018. Photo: Bloomberg

(Bloomberg) — China is ramping up imports of U.S. pork, going against the trend as America’s meat exports have slowed overall with sick employees limiting production at meatpacking plants.

U.S. meat output dropped by more than 30% last week amid slaughterhouse closures. Meanwhile, as the Chinese economy has started to gain traction after its coronavirus lockdowns, importers there are increasing purchases of all U.S. agriculture goods as part of the trade-deal pledge to buy billions more this year.

In addition to the large pork order, exporters also sold cotton, soybeans, sorghum and a small amount of U.S. beef to China.

The two countries will meet as soon as next week on the progress of the trade deal, people familiar with the matter told Bloomberg.