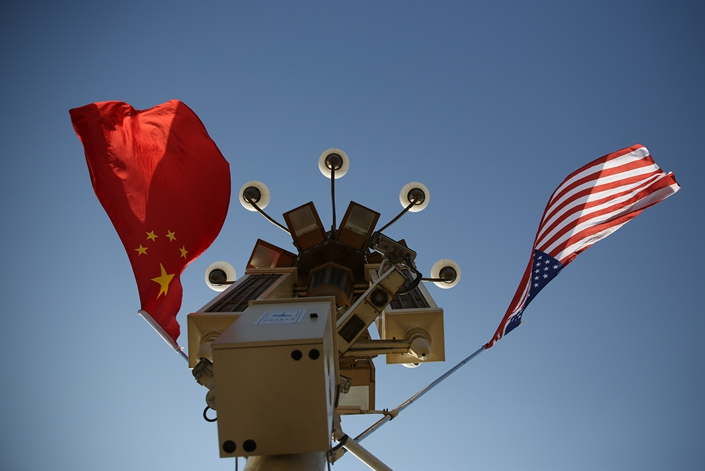 As the world's two largest economies, the U.S. and China urgently need to rethink their approach and establish a framework that allows for constructive engagement with each other.

As U.S. President Barack Obama’s time in office drew to a close, he offered then incoming President Donald Trump several recommendations from his previous eight years in office. One of those sobering reflections: “American leadership in this world is really indispensable, it is up to us through action and example to sustain the international order,” reverberates louder than a mid-summer thunderstorm. In a coronavirus-stricken world where tragic loss of life continues to mount daily and national economies are on fiscally-induced life support, the need for global coordination has never been greater.

As we try to fully comprehend the scale of the dislocation, one thing is for certain — future crises including aftershocks from Covid-19 or a new black swan event, will be managed with a United States that is antagonistic, inward-looking and uninterested in leading the world. As the existing order becomes unmoored and set adrift — Who will play the role of cop on the global beat or firefighter of last resort, in short first responder? With America’s abdication to stand watch over the guard rails that preserve international order, countries jostling for power will lead to heightened conflict on the world stage.

Over the past four years, Trump’s America First agenda has been a rude awakening to policymakers from both parties who embrace the liberal international order. His worldview questions the value of free trade, eschews multilateral agreements and is cynical about the contribution of allies. Trump’s doctrine ambles to a cadence that his sympathizers hear — multilateralism is a ploy by client states bent on exploiting America’s largesse.

As Washington exits, others from Beijing to Moscow feel emboldened to fill the void but up to a point. For no other nation is willing to shoulder the colossal responsibility of purveyor of public goods and guarantor of global security. As much as Washington hawks fret about China replacing America’s hegemony, the fact is that Beijing’s paramount concern is to maintain social stability through continued economic growth and domestic development. It entertains no illusions of picking up the baton and accepting the global burdens that America drops. Does Beijing harbor other ambitions? Clearly. So does America. But those other objectives remain pipedreams if the economic engine sputters. Other contenders from the G-20, either individually or as a block do not possess the institutional heft to confront cross-border challenges.

What gets lost in the dualistic argument — China’s ascent comes at the expense of America’s decline — is the following inconvenient truth. China and the United States will emerge from Covid-19 in weaker form. With millions of workers thrown off payrolls, and credit downgrades and defaults surely to follow, public purses will be saddled with ever higher levels of debt. The new global framework will usher two convalescing patients. America and China, with structural damage to their economies and tarnished international prestige, will emerge weaker at home and constrained abroad.

The aftermath of Covid-19 will harden two trends that have been set in motion. First, countries will be less inclined to collaborate even when it is for the greater good. For that look no further than the contentious relationship between China and the United States that plumbs new lows every day. When the two largest economies cannot provide the semblance of unity to defeat a deadly virus, collaboration on other fronts becomes nearly impossible.

What happens if the twin forces of a public health crisis and economic collapse overwhelm a developing country? Who will step into the fray to help? What starts out as a local event can quickly morph into a transnational problem as internally displaced persons, disease, famine and violence leaps across borders. Multilateral agencies may be willing to answer the call but their firefighting effort will be limited as their mandate lacks any real teeth. America, China and Europe may grant aid but without any true coordination. Unless their strategic interests are imperiled, assistance may be symbolic rather than substantive. Developing nations will be left to fend for themselves.

Second, with countries consumed with their own self-interests, beggar thy neighbor policies will gain traction. Even harsh measures against the staunchest of allies are not off limits. This includes banning exports of desperately needed N95 masks to the closest of friends, as America informed Canada, only to be reprimanded that health care workers move in both directions across the border. In an increasingly fragmented Europe, Germany and the Czech Republic were advised not to block export of medical protective gear between member states.

While some policies will be enacted as a way to protect strategic imperatives, others are opportunistic aimed at weakening geopolitical adversaries. Either way, such actions will place added stress on the fissures that have emerged in the globalization model. Covid-19 will hurtle America and China faster toward decoupling and aggravate other flashpoints besides global trade that span telecommunications standards (5G), internet bifurcation, re-shoring of global supply chains and weaponization of financial networks.

Without a global referee, even multilateral institutions — impartial arbiters of rules-based collaboration — are deemed irrelevant and eviscerated. The World Trade Organization’s appellate body undercut by the Trump administration languishes in near obsolescence. While the World Health Organization — made a scapegoat for supposedly cozying up to China during the early days of the pandemic — is assailed and underfunded.

Coronavirus is a game changer not so much in that it plots a new trajectory. Instead it pushes nations along a steadily progressing march toward international chaos amidst a cacophony of isolationism and nationalism. In a leaderless world, no individual nation has the wherewithal to steer a global agenda. And great power discord amidst a sea of distrust makes cooperation in areas of mutual interest — climate change, nuclear proliferation, pandemic resilience, poverty reduction, terrorism — all the more unattainable. Yet, as the two largest economies, America and China need an urgent rethink in their approach and establish a framework that allows for constructive engagement. Regrettably, the disjointed global effort on Covid-19 is revealing that international cooperation, like a ship without a captain at the helm, is lost and drifting aimlessly.