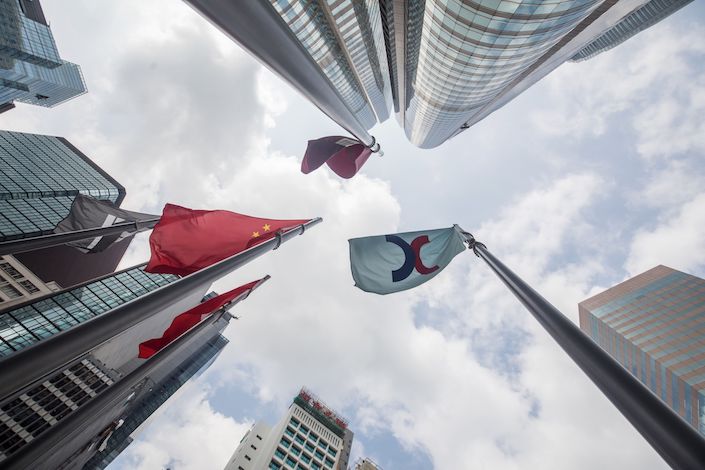 (Bloomberg) — Hong Kong’s stock exchange is moving to speed up getting initial public offerings from pricing to trading, bringing the world’s biggest listing market more in line with rival bourses.

Hong Kong Exchanges & Clearing Ltd. will meet with brokers this week to discuss the proposal on cutting the IPO settlement cycle from the current five days, said people familiar with the matter, who asked not to be named revealing private deliberations. It will formally consult the market in coming weeks if there are no major objections, the people said.

Among major global markets, Hong Kong remains the only place where IPO settlements take five business days. HKEx Chief Executive Officer Charles Li last year floated the idea of having just one settlement day to enhance the exchange’s appeal in luring big IPOs from New York. Nasdaq Inc. is tightening its rules to make it harder for Chinese companies to list there.

Shares on the bourse gained 4.1% Tuesday, the biggest jump in almost two months.

The lag in settling IPOs in Hong Kong, where there were HK$314 billion ($40.5 billion) of such deals last year, has long been a headache for investors as well as city policymakers. Tying up pledged capital over a long period drains liquidity from the system, driving up short-term interest rates and creating issues for authorities managing the city’s currency peg. Margin financing during big IPOs adds further pressure on liquidity.

But cutting the settlement time has faced skepticism from brokers and banks, which can profit by lending to investors during the period. Companies that are listing can also earn income from retail investors’ pledged cash.

“We are currently exploring a model that will modernize Hong Kong’s IPO settlement process,” HKEx said in a statement. “We will look to update the market on our proposals in due course.”

To reduce the settlement time, the bourse is considering building an electronic platform to connect parties and accelerate the flow of information, the people said. Authorities are also weighing whether to make payments fully electronic, saving time by eliminating checks and speeding refunds to retail investors who weren’t allotted shares.

“A shorter settlement period would reduce the overall risks and uncertainty faced by issuers and investors with the added benefit of a shorter lock-up time of investor funds,” said Joelle Lau, partner-in-charge of Hong Kong at law firm Jones Day. “It’s a much-anticipated change, which reflects a move away from the traditional reliance on paper forms in the Hong Kong IPO process.”

“Any reform needs good timing to push through,” Tsui said.

The new mechanism could also be a solution for yet another local problem, which involves retail investors placing orders with several brokers to increase their chances of snapping up shares in hot IPOs. Such a practice is banned by local listing rules, but there has been no penalty assessed in at least 13 years. A joint platform would limit the ability to arbitrage different brokers.

Edward Au, southern region managing partner and co-leader of the national public offering group at Deloitte China, said the planned changes to allow faster refunds will have a “positive impact” since investors will be able to subscribe to more IPOs when a number of issues are pricing around the same time.