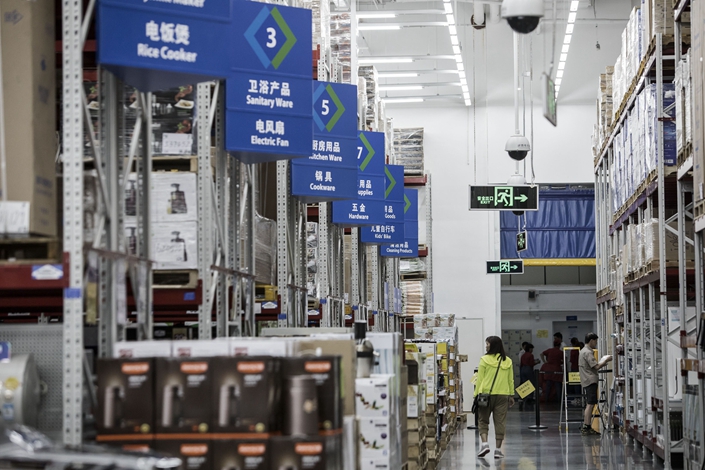 (Bloomberg) — Walmart Inc. plans to expand its members-only warehouse chain, Sam’s Club, in China to 100 stores in the next eight years as it embarks on an ambitious growth plan after the coronavirus pandemic.

The local unit of the Bentonville, Arkansas-based company told employees about the goal in a townhall meeting on Wednesday, according to people familiar with the matter, who asked not to be identified as they are not authorized to speak publicly.

The retailing giant, which reported a blowout quarterly performance Tuesday, is one of the few winners of the coronavirus crisis that has upended every aspect of modern life and hurt sectors from aviation to luxury. As governments worldwide impose lockdowns and social distancing measures, consumers are panic-buying household essentials and cooking at home more, boosting Walmart’s sales across the globe.

Walmart currently operates 26 Sam’s Club outlets in China. Unlike its no-frills, bulk-buying approach in the U.S., the Chinese version of the chain sells higher-end, imported groceries to middle-class consumers.

With increasingly affluent Chinese wanting higher-quality offerings, revenue at Sam’s Clubs has grown at a faster pace than the company’s separate network of over 400 Walmart stores selling basic groceries locally. Rival Costco Wholesale Corp. opened its first outlet in China in August to frenzied crowds and is planning its third store.

A Walmart China spokesperson did not immediately reply to an email seeking comments on expansion plans for Sam’s Club.

As Chinese consumers buy more staples to cook at home and avoid restaurants after the pandemic, Walmart saw comparable-store sales increase 11.7% in the Asian nation while e-commerce sales rose by 160% for the quarter ended April 30 compared to the same period a year ago. Sam’s Club saw double-digit sales growth in China in the same quarter, according to a company presentation.

Walmart has seen so much demand during the pandemic that it hired more than 15,000 part-time workers, taking employees from restaurant, entertainment and hospitality companies in China.

The positioning of Sam’s Club as a weekend shopping destination also means it largely has the space to itself given Costco’s late entry. This is in contrast to the fierce competition posed to Walmart’s eponymous stores by local franchises like Yonghui Superstores Co. and Alibaba Group Holding Ltd.’s highly automated Hema supermarket chain.

In November, Walmart said it would double its footprint in China by opening about 500 new stores and delivery depots in five to seven years.