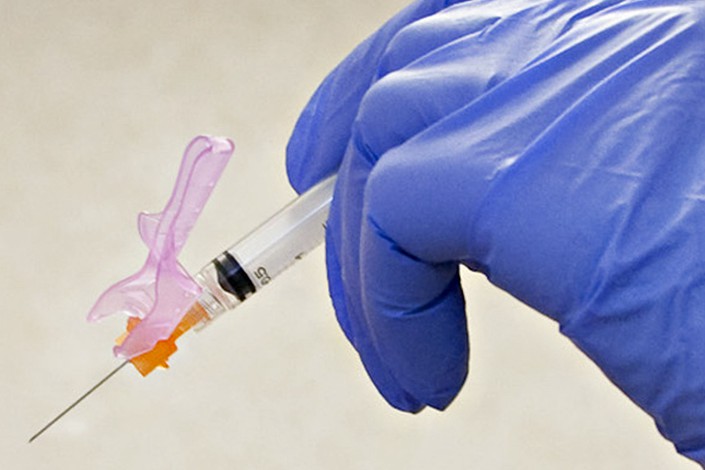 CanSino’s own vaccine is in the second of three phases of human testing and is among five Chinese candidates to have reached that advanced stage. Photo: Bloomberg

In addition to developing its own vaccine together with the Chinese military, CanSino will partner with Vancouver-based Precision NanoSystems Inc. to codevelop another potential vaccine, according to a joint press release Wednesday.

The Chinese company will conduct testing of Precision’s experimental vaccine and has the right to commercialize it in Asia excluding Japan, the statement said.

Widely viewed as one of the front-runners in the race to develop a successful vaccine, the new deal adds to CanSino’s chances of being among the first to deliver immunizing shots. President Xi Jinping has pledged to make any effective vaccine against the coronavirus that is developed by China accessible and affordable globally as a “public good.”

CanSino’s own vaccine is currently in the second of three phases of human testing and is among five Chinese candidates to have reached that advanced stage — more than the U.S. and Europe combined.

CanSino’s stock surged in Hong Kong on Thursday morning before abruptly reversing gains in the afternoon and closing down 13%. Overall, the company’s head start in coronavirus vaccine development has made it the second-most overbought stock among mid-cap and big-caps in Hong Kong.

The Tianjin-based company was set up in 2009 by vaccine industry veterans who had previously worked for global pharmaceutical firms like Sanofi and AstraZeneca Plc. The company’s partnered with the Chinese military before, developing a shot against Ebola that was approved domestically in 2017, although it was not deployed internationally.

The vaccine that CanSino will codevelop with Precision Nanosystems harnesses an experimental approach also being used by Cambridge, Massachusetts-based Moderna Inc. Known as mRNA vaccines, they contain the virus’s genetic sequence to instruct cells to make antigens that elicit a response from the immune system.

Governments, research institutes and companies around the world have accelerated vaccine development that usually takes years into several months as pressure grows for scientists to find a way out of the pandemic. A vaccine is considered a crucial step toward lifting social-distancing measures and safely reopening economies, schools and events around the globe.

Despite growing tensions between China and some Western countries that have faulted it for a delay in sharing information about the pandemic, Chinese vaccine developers have inked cooperation pacts with foreign companies.

Besides the new partnership, CanSino has also already received approval to conduct human clinical trials in Canada for the vaccine it is co-developing with the Chinese military.