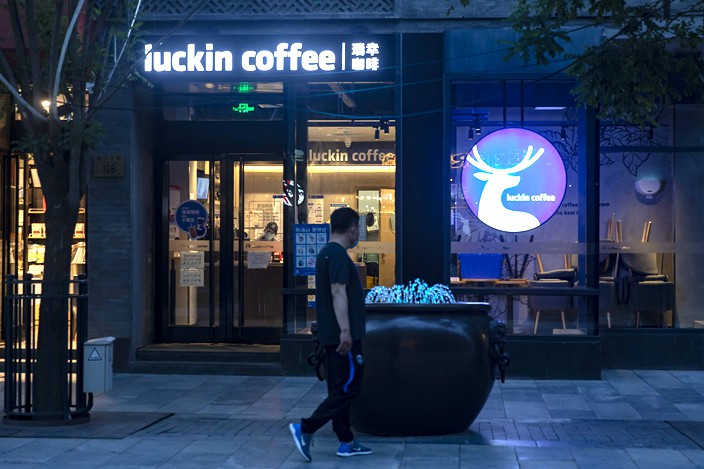 (Bloomberg) — Lenders led by Credit Suisse Group AG are targeting the family assets of Luckin Coffee Inc. Chairman Lu Zhengyao as they try to recoup losses on more than $500 million in margin loans that soured after the company became embroiled in an accounting scandal.

Credit Suisse’s Singapore branch is seeking a court order to appoint liquidators for Haode Investment Inc., according to a notice posted in the BVI Gazette on Thursday. Haode, controlled by Lu’s family trust, defaulted on a loan facility backed by Luckin shares, according to a statement from lenders in early April.

Credit Suisse, which is acting as an agent for the loan facility, filed the liquidation request to the Eastern Caribbean Supreme Court, High Court of Justice, in the British Virgin Islands on April 23, according to the BVI Gazette notice.

Luckin’s stock has plunged more than 90% since the company disclosed in early April that some of its employees may have fabricated billions of yuan in sales. Banks that participated in the loan facility to Lu’s investment vehicle have signaled they plan to sell Luckin shares pledged as collateral, though its unclear whether they’ve started offloading the stock or how much money they’ll be able to recoup.

Lu’s investment vehicle has disputed that it’s in default and has requested an injunction against Credit Suisse in Hong Kong to prevent the bank from commencing liquidation proceedings.

Luckin’s dramatic fall from grace has made it a poster child for concerns about Chinese corporate governance, fueling a debate in Washington over the extent to which U.S. money and capital markets should be accessible by firms from a growing geopolitical rival. Nasdaq Inc. is moving to delist Luckin from its exchange, while the Senate approved legislation Wednesday that could lead to some Chinese companies being barred from U.S. bourses.

In its delisting notice, Nasdaq cited concerns related to the alleged fabricated transactions and past failure to publicly disclose material information. Luckin will remain listed pending the outcome of an appeal hearing, which is expected to be scheduled within 45 days of a hearing request.

Luckin Chairman Lu said in a statement on Wednesday that he’s “deeply disappointed” Nasdaq is moving to delist the shares before his company releases final results of an internal probe into its accounting.