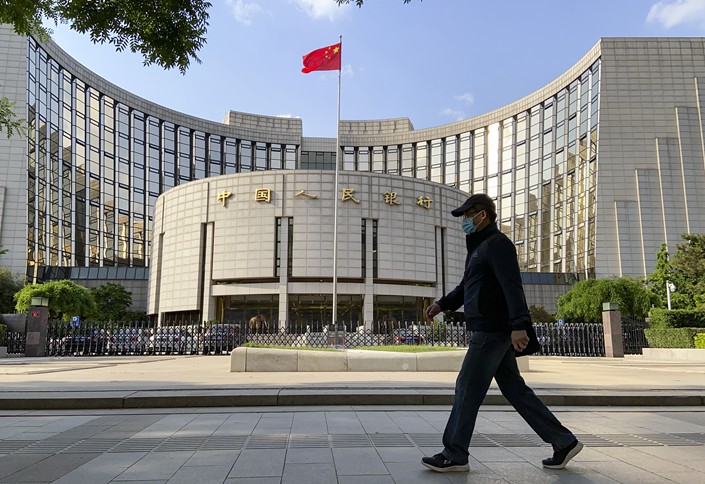 (Bloomberg) — China’s top legislature said it plans to revise the law governing the People’s Bank of China this year, amid a broadening of the central bank’s role in recent years.

The National People’s Congress has listed the revision of the PBOC law on its to-do list for 2020, according to its work report released Monday. While no details or timetable were given, some NPC delegates had suggested the central bank strengthen its role in risk management and policing of financial institutions, according to earlier media reports.

The potential for a wide discussion on the law would continue to focus attention on the role the central bank of the world’s second-largest economy, and follow an overhaul of the interest-rate system that’s still being bedded down. The existing PBOC law was passed in 1995 and sets the PBOC’s mandates, purview, organizational structure and other rules.

Some of the duties that the PBOC exercises could already be written into the law as statutory responsibilities, such as macro-prudential management, oversight over financial risks, financial infrastructure and financial holding companies, according to Xing Zhaopeng, a markets economist at Australia & New Zealand Banking Group Ltd. in Shanghai. “Those have to be made clear in laws. Otherwise the PBOC can’t issue administrative penalties,” he said.

While some fiscal researchers with links to the Ministry of Finance have been lobbying to remove a stipulation that prevents the central bank from directly financing the government, Xing said the possibility of such an action is low.

In recent years the PBOC has taken on a more central role in financial oversight amid the government’s general drive to reduce debt and risk. It has also won a bigger global profile through the growth of the Chinese economy and has led the way in the development of a digital fiat currency. At the same time efforts to make the yuan a rival to the dollar have not gained traction.