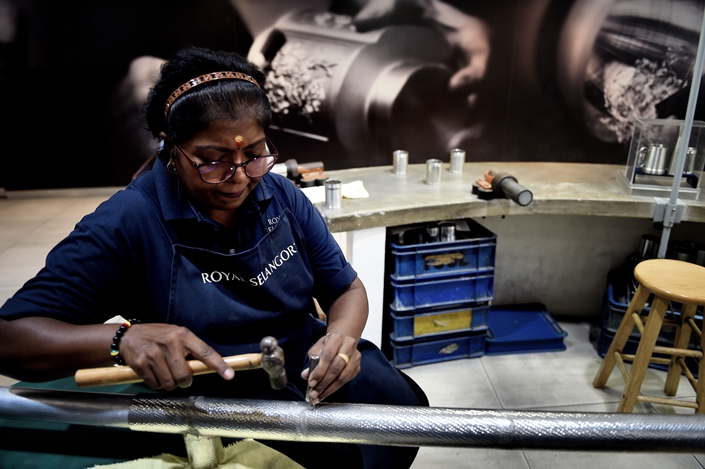 (The Straits Times) — Saudi Arabia has deported thousands of Ethiopian workers. The Malaysian authorities have swept up hundreds of undocumented workers in raids amid its movement control order, while its neighbor Indonesia, home to most of them, is repatriating its citizens.

Just as Singapore has struggled to deal with a coronavirus outbreak that spread quickly through its population of foreign workers in dormitories, countries with large numbers of low-wage migrant workers are grappling with similar issues.

From Asia to the Middle East, the Covid-19 pandemic is exposing the unique vulnerabilities of the world’s estimated 164 million low-paid migrant workers, who toil at the jobs locals do not want, to save money and get a leg up back home.

While some appear to have escaped the same sort of outbreak Singapore is dealing with, activists say good examples of how to manage this segment of their population are few and far between.

As Covid-19 takes its toll on economies and public health in many countries, low-wage migrant worker populations have largely been affected disproportionately.

Last month, Saudi Arabia had shipped home nearly 3,000 of the estimated 200,000 Ethiopians living there before the United Nations called for a halt.

In Kuwait last month, at least a dozen migrant workers took their own lives or attempted to, according to migrant-rights.org, an activist website, citing media reports.

In Thailand, hundreds of thousands of workers from neighboring countries like Myanmar, Laos and Cambodia are said to have fled home after a lockdown left them with the prospect of being stuck without money or food.

In Malaysia, police rounded up 200 undocumented workers last week alone in Petaling Jaya, outside Kuala Lumpur, even as officials gradually ease movement restrictions. The country is thought to have at least five million migrant workers.

Indonesia, one of the world’s biggest contributors of labor, has repatriated more than 130,000 of its citizens working abroad as construction workers, cruise ship staff and housekeepers, as well as students.

David Welsh, country director of the Southeast Asia branch of the Solidarity Centre, a non-profit organization aligned with the United States-based labor federation AFL-CIO, said the crisis has exposed the poor conditions many migrant workers face.

“Migrant workers have been left aside by governments who have relied on them to do dangerous jobs that have become even more dangerous during this crisis,” Welsh said.

Then, there is Qatar, where observers say criticism of the country’s treatment of migrant labor in the wake of its successful bid to host the FIFA World Cup in 2022 has sparked changes that are a lesson to others but also a demonstration of how difficult the process is going to be.

Like in Singapore, the outbreak in Qatar has centered on its foreign workers, who outnumber Qataris in the workforce by nearly 20 to one. Total infections have ticked past 40,000 in a country with 2.8 million people.

Last October, it abolished exit visas for departing workers and did away with discriminatory laws assigning minimum wages by nationality.

The monarchy at the same time abolished the sponsorship rules that tie workers to jobs and make them vulnerable to abuse.

The country’s new minimum wage laws also override bilateral agreements with countries of origin that can see a Bangladeshi welder, for example, earning two-thirds what a Filipino might.

Qatar’s ambition to host the World Cup has helped prompt the changes. Shortly after securing the event a decade ago, Qatar publicly promised four weeks’ paid leave, overtime and other benefits to workers employed by the contractors awarded work.

Contractors erecting more than half a dozen stadiums and other needed infrastructure offer workers attractive terms that meet the scrutiny of activists and unions.

Apolinar Tolentino, regional representative for the Building and Wood Workers’ International Asia-Pacific, said his union has had regular access to inspect work sites and dormitories where workers are housed four to an air-conditioned room and bunk beds are banned.

The visits included group interviews with workers to assess conditions including health and safety, food quality and even Internet speeds.

“Qatar is setting an example in the region of how to treat its migrant labour,” said Tolentino.

But he acknowledges that the improvement has not been even.

Earlier this month, the government began easing a two-month lockdown of the sprawling Industrial Area outside of Doha, where hundreds of thousands of workers were holed up in dormitories.

The government requires all employers to pay furloughed workers, but there have been reports of workers stranded and begging for food.

The problem is fuelled in part by undocumented foreign workers relying on short-term casual work, who do not have regular employers.

“Compliance with standards outside the World Cup projects are more challenging,” Tolentino said. “There is almost no direct access by international organisations.”

Amnesty International’s Middle East research director Lynn Maalouf said: “While some governments made promising commitments to support migrant workers, much more needs to be done to ensure Covid-19 will not result in further human rights violations and greater suffering for migrant workers in these countries.”