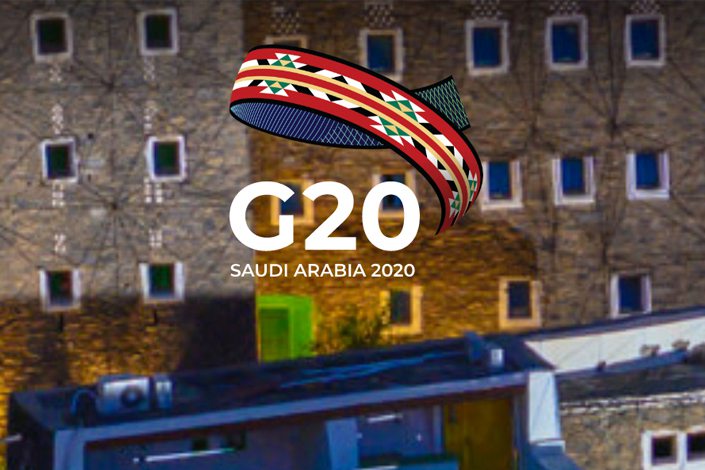 The consequences of not acting now would be felt for the rest of the decade, say more than 250 former world leaders, heads of international organizations and top academics.

Gordon Brown is a former prime minister of the United Kingdom. Erik Berglof is director of the Institute of Global Affairs of London School of Economics.

This joint letter, an exclusive for Caixin to publish in China, was co-signed by more than 250 former heads of states, leaders of international organizations and leading academics calling on the G-20 leaders to formulate a coordinated response to the Covid-19 medical emergency and economic crisis in emerging and developing economies. Please see a full list of signatories here.

The time is right for G-20 leaders to hold a second meeting to discuss measures to advance the implementation of the G-20 Action Plan, and agree to a more strongly coordinated global response to the health, economic and social emergencies we face.

May 30 saw the highest daily figure recorded worldwide for new cases of Covid-19. On every continent, countries are attempting to stop the transmission of the virus.

The G-20 has demonstrated that it can bring people together around a common set of actions. What it decides next on the Covid-19 response will have a direct bearing on the future of the world economy.

Our world is at a critical moment. Therefore we write again to underline the urgency of delivering immediate relief to countries facing the effects of an unprecedented, global crisis. For the first time this century, global poverty is on the rise. The problems faced by the poorest countries in Africa, Asia and Latin America demand immediate action, as do those confronting diverse middle-income economies. Taken together, these countries represent nearly 70% of the world’s population and approximately one-third of global GDP. The United Nations (U.N.) predicts that a worldwide recession would reverse three decades of improving living standards and plunge upwards of 420 million more people into extreme poverty.

The World Food Program has estimated that 265 million of our fellow citizens are likely to suffer from crisis levels of hunger — an increase of 130 million over pre-pandemic levels. We are also hearing reports of the devastating impact of poverty, and the pressure on all health and other social services on which girls and women depend.

Covid-19 is a public health crisis that has brought in its wake the greatest education emergency of our lifetime: 1.5 billion children — 80% of the world’s total — have been out of school. The majority are denied distance learning. Many may never return — many, we fear, may enter child labour. Millions who no longer receive school meals are going hungry, while at the same time education aid is being reduced.

Compared to pre-crisis levels, the International Labor Organization estimates a 10.5% decline in the number of hours worked, equivalent to the loss of more than 300 million full-time jobs.

We welcome the $8 billion pledged on May 4 for vaccines, diagnostics and therapeutic development as recommended by the Global Preparedness Monitoring Board, and urge that these contributions be paid immediately and be fully monitored and reported. But much more needs to be done:

• We need global coordination of the development, mass manufacturing and equitable distribution of a vaccine or vaccines to ensure that they are universally and freely available as quickly as possible.

• We urge every G-20 member to support in full the June 4 $7.4 billion replenishment of Gavi, formerly the Global Alliance for Vaccines and Immunization, which from 2021-2025 will immunize 300 million children, saving up to 8 million lives. While we fight Covid-19 we must not allow the resurgence of other infectious diseases.

• Closer cross-border collaboration is essential to increase now and for the future the limited global supply of vital medical equipment, including extending the capacity for making testing accessible in every country.

• Developing countries need immediate support from the World Health Organization and others to build up their health systems and capacities, as well as to improve their social safety nets.

• G-20 countries should support the U.N.’s appeal for support for refugees, displaced persons and others who rely on humanitarian aid.

We note not only the multiple obstacles faced by developed countries in returning to growth, but also the deteriorating economic and fiscal conditions faced by many emerging, middle-income, and developing economies. More than 100 countries have now approached the International Monetary Fund (IMF) for help, and more are expected to do so.

The IMF has said emerging markets and developing countries need $2.5 trillion to overcome the crisis, but only a fraction of that $2.5 trillion has so far been allocated.

While we welcome the good intentions at the heart of the G-20 Action Plan, concrete measures must urgently be agreed and be implemented in full:

• Debt relief for the 76 International Development Association countries needs to be scaled up radically to include relief by bilateral, multilateral and private creditors until the end of 2021, and operationalized with urgency. Multilateral creditors must demonstrate that they are providing net new lending in response to the Covid-19 crisis. Time is running out for the voluntary process for private creditors coordinated by the Institute of International Finance, and a new binding approach now needs to be considered.

• A dozen or more emerging markets may well run into debt servicing problems in the coming year. The IMF should be mandated to convene relevant players, and set broad parameters for resolution supported by debt sustainability and policy analysis.

• The G-20 should agree that the $2.5 trillion level of support will now be provided. This requires the IMF, the World Bank and regional development banks to raise their lending and grant ceilings. The multilateral development banks (MDBs) will likely increase their outstanding loan portfolio from the current $500 billion to between $650-700 billion over the next 18 months. Without further increasing the resources available to international financial institutions and allowing them to be more ambitious in deploying their capital, their ability to respond to the crisis will be severely constrained.

The consequences of not acting now would be felt for the rest of the decade. This is a time when nations should be willing to go beyond their normal fiscal deficit ceilings. The poorest nations, whose fiscal capacity is limited, need additional fiscal support from rich countries and multilateral organizations.

Support for social safety nets, regular health services, education, and climate change initiatives — and for the 2030 timetable for the Sustainable Development Goals — must not suffer because of the fight to mitigate Covid-19 transmission. Thus:

• We need to ensure that the MDBs have sufficient resources for at least the next five years, which will require an additional $1 trillion in their combined portfolios. The individual institutions should be asked to provide plans for how they are to achieve these objectives, including new sources of finance from borrowing, by better employing their existing capital, further capital increases and the creation of new guarantee-based facilities like the International Finance Facility for Education.

• We reassert our commitment to the issuing of special drawing rights (SDRs), and to the transfer of existing, unused allocations and new ones to countries most in need of support. Without requiring a reference to national parliaments, a decision on SDRs would release nearly $600 billion immediately, and more than $1 trillion by 2022. We ask the G-20 to build political support for an SDR allocation while engaging simultaneously in the necessary technical work, so that the measure can be implemented as soon as agreement is achieved.

In the first stage of the crisis, the emphasis was on provision of liquidity, employment protection and emergency investments in health. Now, as we seek to return the world economy to pre-crisis levels of growth, enhanced fiscal, monetary and central bank coordination is vital.

‘Green’ investment must be at the heart of the stimulus with spending prioritized around infrastructure and other projects beneficial to sustainable development and employment. This will make recovery from this crisis truly transformative, accelerating progress in delivering on climate change agreements.

Consideration should be given to a global growth target, which can sit side by side with national inflation targets, and to rebuilding global trade.

To raise vitally needed revenues for national governments, a coordinated strategy to recover money lost to tax havens should be agreed upon. Countries should automatically exchange tax information and remove secrecy surrounding beneficial owners and trusts, as well as agreeing to sanction non-compliant countries which refuse to implement the agreed rules.

Without action from the G-20, the recession caused by the pandemic will only deepen, hurting all economies and the world’s most marginalized and poorest peoples and nations the most. Representing, as it does, 85 per cent of the world’s nominal GDP, the G-20 has the capacity to lead mobilization of resources on the scale required. We urge leaders to do so immediately.

Covid-19 is a wake-up call to the global community. The global health and financial architecture must be further strengthened, and in parts redesigned, to enhance our preparedness and capacity to act with speed and at scale to fight future crises. We should send out a message of hope for the future: that the U.N., the governments of the G-20 nations and all interested partners can turn this crisis into an opportunity to build a new and more effective multilateralism, which more appropriately reflects current economic and political realities and is better equipped to address the challenges of the 21st century.