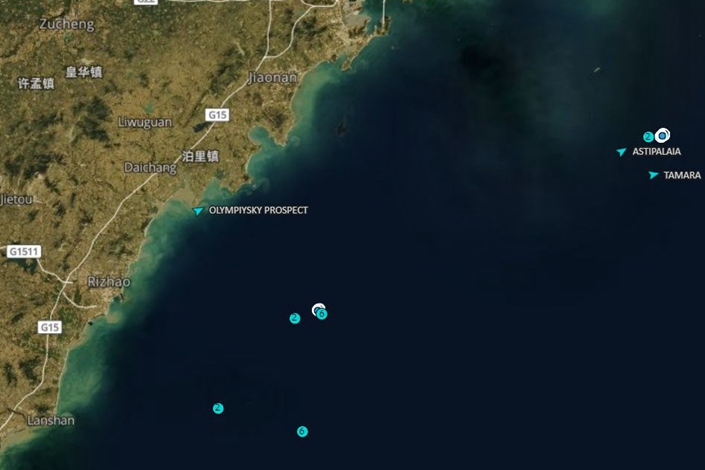 (Bloomberg) — Queues of tankers have formed off China’s busiest oil ports as the vessels wait to offload crude for refineries that are quickly ramping up production amid a rapid rebound in fuel demand.

Two dozen or more crude-laden tankers are waiting to discharge at terminals on China’s east coast that supply state-owned and independent refiners in the region, according shipbrokers and vessel-tracking data. Asia’s largest economy is leading a recovery in oil consumption, with demand in May almost back to levels seen before the coronavirus triggered stay-at-home orders.

Chinese refineries are increasing operations to convert more crude into gasoline and diesel after factories reopened and millions of people returned to work following the easing of restrictions. Government policy dictating that the retail price of fuels won’t be cut in line with sub-$40 a barrel oil has also boosted refining margins in the country.

The fleet of tankers arrived in Chinese waters during the second half of May and the ships have been idling off ports in Shandong and Liaoning provinces, according to data compiled by Bloomberg. Most of the vessels are Suezmaxes and Very-Large Crude Carriers, which are estimated to be collectively carrying about 4 million tons or more of oil from countries including Russia, Colombia, Angola and Brazil.

Shandong is home to the Qingdao and Rizhao terminals and China’s independent refiners — known as teapots — that have staged a v-shaped recovery. Run rates rose to a record high of about 76% at the end of May, compared with a low of 42% in February, according to industry consultant SCI99.

Meanwhile, the queues might get even longer, with the highest number of supertankers since at least the start of 2017 hauling crude to China from almost everywhere across the globe. VLCC charter rates on the Middle East to China route, or TD3C, rose to a three-week high in late-May, based on data compiled by Bloomberg.

“Low oil prices will also be supportive for strategic storage,” said Anoop Singh, who heads East of Suez tanker research at Braemar ACM Shipbroking in Singapore. “This will surely worsen the state of congestion at China’s ports.”