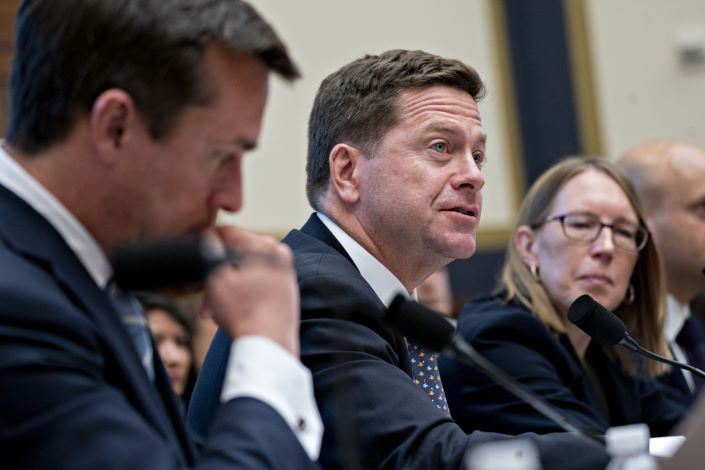 (Bloomberg) — Wall Street’s top regulator is signaling support for legislation that could lead to the delisting of Chinese companies from U.S. stock exchanges if American officials aren’t allowed to review their financial audits.

A bill passed by the Senate last month that would bar trading in securities of companies that fail to comply for three straight years is “sensible,” U.S. Securities and Exchange Commission Chairman Jay Clayton said Tuesday in an interview with David Westin during the Bloomberg Invest Talks conference. The SEC would have to write a rule to implement part of the measure if it is signed into law.

“This is a very sensible way to approach a problem that’s been around for a while,” Clayton said. “This is a problem that I believe needs to be addressed and I hope it can be.”

At issue is China’s longstanding refusal to let the Public Company Accounting Oversight Board examine audits of firms whose shares trade in the U.S. The requirement for the inspections by the agency, which was created in the wake of the Enron Corp. accounting scandal, is meant to prevent fraud and wrongdoing that could wipe out shareholders.

China’s resistance has recently become a focal point in Washington as the Trump administration and lawmakers from both parties call for a tougher stance against the Asian nation. For some, the need for action was also highlighted by the accounting scandal surrounding China-based Luckin Coffee Inc.

During the interview, Clayton said the PCAOB’s inability to inspect audits of Chinese companies that trade in the U.S. creates an “unlevel playing field” for investors.

“I’m not a guy who wants to take precipitous, hit the nail on the head with a hammer tomorrow, but I like the way they’ve approached it,” he said of the legislative approach. “There’s a period of time to come into compliance and if you don’t then it’s time to take measures beyond just disclosure.”