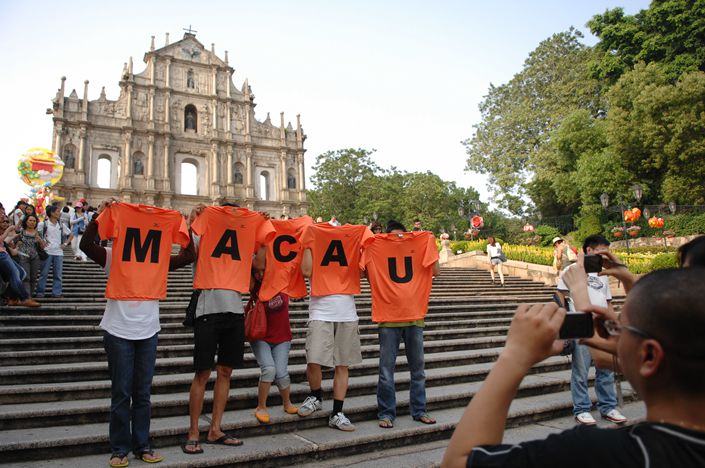 Tianlei Huang is a research analyst at the Washington-based Peterson Institute for International Economics. The article was first published on the think tank’s website.

As China moves to impose a national security law on Hong Kong, which has long been China's gateway to international capital and doing business with the rest of the world, a parallel move has been unfolding in Beijing to build up nearby Macao as a replacement international financial center. Macao, long dependent on gaming and tourism for economic growth, has welcomed these actions. But developing financial services in Macao faces many constraints and cannot be achieved in the short term.

Foreign investors have long valued Hong Kong as an entry point into mainland China’s expansive markets. But Hong Kong’s future status is clouded with uncertainty, not least because of the Covid-19 pandemic and resulting economic shock. Beijing’s Plan B was prompted by Hong Kong’s protests last year, which have started up again amid Beijing’s latest action to impose national security legislation. Macao, formerly a Portuguese colony, is the only other special administrative region (SAR) besides Hong Kong in China, with its own economic and political systems. Macao already has a national security law comparable to the one planned for Hong Kong.

Beijing appears to have anticipated the potential consequences of imposing the legislation on Hong Kong. It has been taking multiple measures since last year to ensure that it has an attractive alternative to Hong Kong’s role as an international financial hub.

The goal is to build a yuan-denominated exchange in Macao, first to trade bonds issued predominantly by the mainland government and corporate entities, then to develop a Nasdaq-like equity market to enable more high-tech firms in the Guangdong–Hong Kong–Macao Greater Bay Area (link in Chinese) to receive financing. The idea is to take advantage of Macao’s open capital account and free enterprise — similar to Hong Kong’s but lacking on the mainland — to provide an alternative for mainland entities to access foreign capital while pushing for greater international usage of the yuan. Given Macao’s unique history, the initiative also aims at turning Macao into China’s gateway to the capital and markets of the Portuguese-speaking world.

Macao’s economy relies heavily on the gaming industry. In 2018, gaming alone created more than half of Macao’s GDP, while retail and wholesale, and hotels and restaurants, all closely related to gaming, accounted for another 12% of the city’s economy. In sharp contrast, financial services constituted less than 7% of the city’s GDP in the same year. The Macao government has also been relying on the city’s gambling sector to draw most of its fiscal revenue — 84% of which came from taxes paid by gaming and surrounding sectors in 2019. The government has accumulated huge fiscal reserves, estimated by the International Monetary Fund to be over 120% of GDP at the end of 2019, with zero public debt.

Despite its potential advantages, Macao faces many constraints in developing financial services. First is a lack of human capital. Macao has a small population less than one tenth of that of Hong Kong. The size of Macao’s local workforce is less than 400,000, of which more than half is employed in gaming and hospitality sectors, and a mere 3% works in financial services. To make up for the gap in human capital, Macao has to attract more talented professionals from elsewhere and to invest more in educating and training its own workforce.

Second, Hong Kong’s success as an international financial center is based on a developed financial infrastructure and a mature ecosystem that includes a wide range of professional and business services in legal affairs, accounting, and securities rating. None of these exist in Macao and would take years to build up. Macao so far only has a small financial sector (link in Chinese) with only 29 banks, 24 insurance companies, and a nascent bond market. At the end of 2018, the financial asset exchange Chungwa (Macao) Financial Asset Exchange (MOX) was founded by one of China’s central state-owned enterprises, Nam Kwong Group, under the direct jurisdiction of the State-owned Assets Supervision and Administration Commission. Since then, at least 17 mainland Chinese entities have issued bonds in Macao, including China’s Ministry of Finance, which issued a yuan treasury bond offering worth 2 trillion yuan ($280 billion) in July 2019. In the future, the MOX is expected to host Macao’s first stock exchange denominated in yuan with mostly high-tech companies from the Greater Bay Area listed on MOX.

But the emphasis on using the yuan in Macao’s nascent capital markets is problematic. A fully convertible currency is a prerequisite for any international financial hub. But unlike the Hong Kong dollar, the yuan is not yet fully convertible, and the offshore yuan liquidity pool in Macao is tiny. Compared with Hong Kong, which is home to 72% of the world’s offshore yuan liquidity pool, Macao has a mere 1.25% of the liquidity pool as of April 2020. These factors suggest that Macao’s yuan-denominated financial asset exchange will be constrained in size and growth.

Diversifying away from Macao’s heavy reliance on gaming may also result in an outflow of capital from casinos into capital markets, creating problems for the city’s public finance. And a potential influx of foreign workers could spike real estate prices, given Macao’s limited residential space. Some residents will have trouble affording housing if that happens. Perhaps the biggest problem looms over building the trust of the international investor community in Macao’s yuan-denominated financial asset exchange with mostly mainland Chinese entities seeking finance. That trust will take time and effort to accumulate.

With the U.S. State Department no longer considering Hong Kong to be autonomous from China, China’s incentives to pursue an alternative to Hong Kong are probably stronger than ever. But Macao is simply not ready to take over Hong Kong’s role as China’s new gateway to the world any time soon.

The data on the Macau economy in this article are from Macau SAR’s Statistics and Census Service. The exchange rate used to convert yuan to US dollars in this post is as of May 28, 2020.