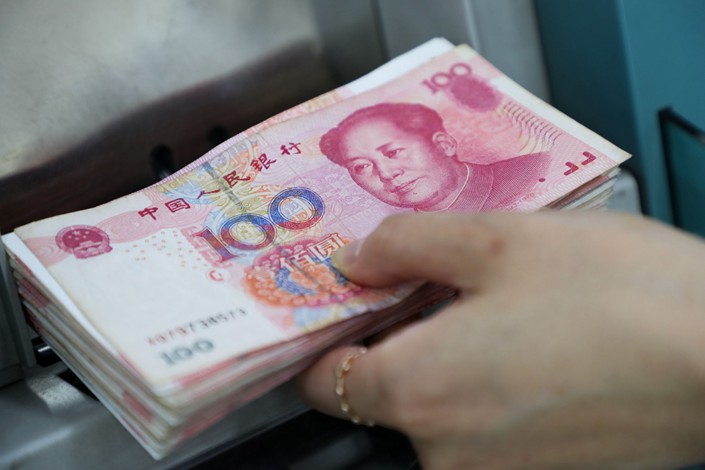 (Bloomberg) — The People’s Bank of China supplied banks with 200 billion yuan ($28 billion) in fresh liquidity Monday while letting some previous loans expire, leaving the financial system needing further injections if a looming cash crunch is to be avoided.

The central bank added the funds through the medium-term lending facility at an unchanged rate of 2.95%, according to a statement. The injection was telegraphed by the central bank last week when it said it planned to offer MLF loans on Monday in a one-off move to roll over the maturing liquidity this month.

At least 2.7 trillion yuan of cash will evaporate from the nation’s financial system in June as short-term bank debt and policy loans mature. That puts pressure on the central bank to maintain its supportive policy stance without fueling a credit bubble. While Chinese authorities have cut policy rates multiple times this year, they’ve avoided the large-scale stimulus seen in other major economies to avoid aggravating the country’s massive debt problem.

The PBOC is trying to tell investors not to expect too much liquidity, according to Liu Peiqian, a China economist at Natwest Markets PLC in Singapore. “The possibility of a reserve-ratio cut is getting bigger this month as there’s still need for more liquidity toward the end of June.”

The PBOC allowed 120 billion yuan of 7-day reverse repurchase agreements to expire on Monday, after the maturity of 500 billion yuan of MLF loans last week. Another 240 billion yuan of the one-year facility is due to mature on Friday, yet the PBOC said Monday’s operation has “fully met” the demand of financial institutions.

The PBOC has been conducting MLF operations on the 15th of every month or the first business day after that, a pattern that analysts have said may help standardize open-market operations and improve monetary-policy transparency. Liu said the loan prime rate, or the de facto benchmark rate for bank loans, likely won’t fall this month because the PBOC has held the MLF rate unchanged.

“This may precisely increase the chance for a reserve ratio cut in the near-term,” said Frances Cheung, head of Asia macro strategy at Westpac Banking Corp in Singapore. “There needs to be more liquidity injections to absorb bond supply.”