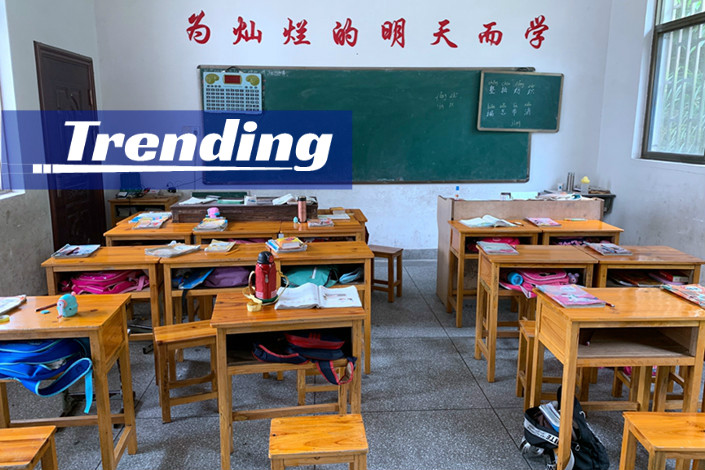 On June 4, Miao Kexin, a fifth-grader at Hebin Elementary School in Changzhou, killed herself shortly after attending a writing class. Almost two weeks later, the controversy is unabated as Miao’s family and many netizens mistrust the official investigation into the suicide and probe possible misconduct by the writing teacher.

According to Miao’s family who watched the surveillance footage at her school, Miao ran out of the classroom looking distressed after her Chinese writing class. She then jumped to her death from the fourth floor of the school building. After interviewing Miao’s classmates and teachers, preliminary investigations found that the teacher of the writing class did not verbally or physically abuse Miao on the day of her death.

Miao’s parents have expressed their dissatisfaction with the preliminary investigation findings on Weibo and urged witnesses to step forward. Officials confirm that the teacher had previously slapped Miao in the face, and encouraged the parents to pay for extra lessons. The teacher ran private writing lessons for profit, a practice which is forbidden by the education authorities. The parents suspect that the teacher was especially harsh towards Miao because she would not attend the private lessons. Several of the teachers’ former students have come forward with testimonies of the teacher’s abuse of students.

Several widely circulated photos of Miao’s essays immediately before her death show large chunks of her writing crossed out without any reason or feedback. The essay was a reading response to an excerpt from one of China’s four classics, Journey to the West. Above a sentence where the girl wrote “we should not be fooled by hypocritical facades,” the teacher criticized Miao for lacking “positive energy.” Meanwhile, the teacher failed to notice a factual mistake that Miao made about the book’s author, raising doubts about the teacher’s qualifications.

Miao’s tragedy has sparked widespread outrage as people condemn the teacher for her alleged misconduct. One indignant user referred to the accident as “indirect murder,” and said that such harsh treatment of an innocent child will eventually cause irreversible harms.

At the same time, other netizens feel reluctant to blame the teacher for what they consider is the girl’s inability to withstand criticism.