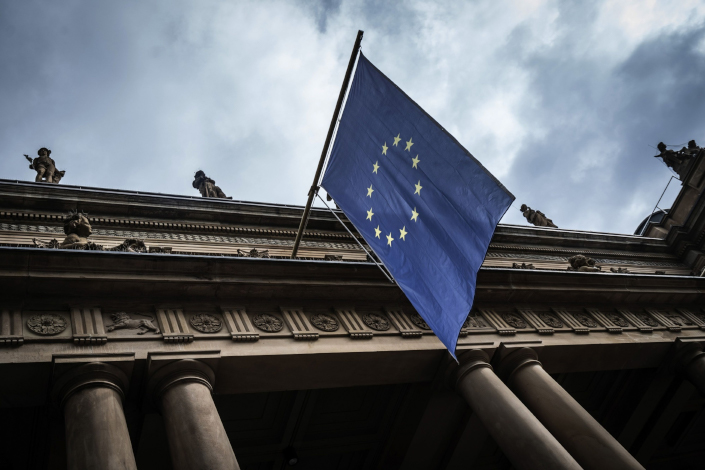 (AFR) — The European Union is preparing to shore up its companies and markets against Chinese companies that try to buy European rivals or win government contracts using Beijing’s deep pockets.

Brussels has long been a fierce critic of China’s subsidies to its global companies, and has been fighting Beijing through the World Trade Organization — but it is now taking matters into its own hands.

“There is a growing number of instances in which foreign subsidies seem to have facilitated the acquisition of EU companies or distorted investment decisions, market operations or pricing policies ... or distorted bidding in public procurement, to the detriment of non-subsidised companies,” the European Commission (EC) said in a statement on Wednesday.

One of the first deals to attract scrutiny was Chinese manufacturer Midea’s purchase of German robotics company Kuka in 2016. Bloomberg

The EC released a 49-page white paper that it hopes to turn into legislation later in the year. Its definition of a state subsidy could include loans, guarantees, capital injections, tax breaks and debt relief.

The document never mentions China by name, but comes as the EU takes a more assertive stance against the rising power, which Brussels last year officially deemed “a systemic rival.”

More broadly, the EU is increasingly tempering its multilateralist posture with a shift to greater “economic sovereignty”: political leaders are ever more insistent that the bloc needs to reshore critical supply chains, screen potentially hostile foreign investments and build up European industrial capacity.

Many European leaders still see the EU as playing a bridging or brokering role in the Washington-Beijing hostilities.

German Chancellor Angela Merkel had been hoping to host a summit with Chinese President Xi Jinping and European leaders in September, although the Covid-19 pandemic looks likely to delay that until next year.

Meanwhile, relations between the U.S. and EU have been marred by high-profile spats over subsidies to Boeing and Airbus, European taxes on U.S. tech giants, and Trump’s constant sniping on car and wine tariffs.

The latest flare-up has been over Trump’s desire to cut the number of U.S. troops in Germany by almost one-third, saying Berlin wasn’t spending enough on its own defense.

At a ministerial meeting of the NATO alliance in Brussels on Wednesday, both sides seemed keen to punt Trump’s demand into the long grass — perhaps even beyond the November 3 election.

Perversely, Europe’s newfound Sino-skepticism comes as Chinese investment in the region has ebbed.

According to research by the Rhodium Group and the Mercator Institute for Chinese Studies, investment into the EU from China fell 33% in 2019. Only 11% of the 18 billion euro ($20.2 billion) Chinese inflow came from state-owned companies.

The constraints on Chinese investors seem to have been mostly domestic, such as capital controls and reduced liquidity in the Chinese system. Covid-19 has only added to the slowdown, with fresh data from Baker McKenzie showing a 93% drop in Chinese investment into Europe in the first five months of this year compared with 2019.

The Europeans appear motivated by reports that Chinese companies may use the opportunity of reduced valuations for coronavirus-hit European companies to get back on the acquisition trail this year.

“We have to see that Chinese companies, partly with the support of state funds, are increasingly trying to buy up European companies that are cheap to acquire or that got into economic difficulties due to the coronavirus crisis,” senior German politician Manfred Weber told the Welt am Sonntag newspaper.

Neil Cuninghame, a competition partner at law firm Ashurst, called the EC’s proposals “ambitious in scope” and wondered whether all 27 EU governments would back the plan.

“It remains to be seen whether the member states will support such a wide-ranging set of proposals, whether that is because they oppose giving the commission further exclusive powers in relation to acquisitions, or because they think it sends the wrong message at a time when foreign investment is still very much needed,” he said.

This article was originally published by Australian Financial Review