Blog: Beijing Won’t Be China’s Last Covid-19 Flare Up. We Have to Be Prepared 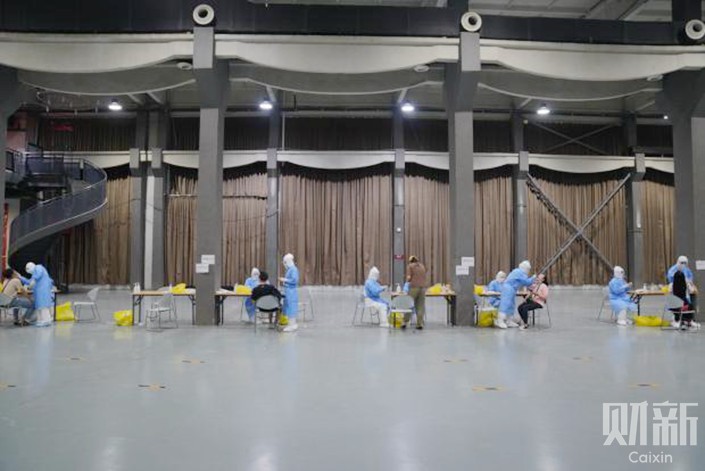 Yang Gonghuan is a former deputy director of the Chinese Center for Disease Control and Prevention (CDC).

Wu Zunyou, the chief epidemiologist at the Chinese CDC, said in a recent interview that Beijing’s latest Covid-19 outbreak was “unexpected.”

I don’t think so. It isn’t a surprise that China is not immune to the global pandemic — we need to acknowledge this. It is impossible to guard against the new coronavirus effectively because you can’t just shut down the economy and prevent people from moving around. Thus before a vaccine becomes available, there will be some isolated outbreaks that we need to prepare for.

Every strategy of control and prevention has advantages and disadvantages. We should employ different strategies to respond to different situations. In New York City, where I now live, about 20% of the total infected cases have developed antibodies. So even if there is a new outbreak of the disease in the city, there won’t be a large number of cluster infections.

But in China, even during the worst period, many people have not been infected and thus did not develop antibodies. So I don’t think that Beijing will be free of even isolated outbreaks even with the strict prevention and control measures in place. Beijing has acted very quickly and other regions have also tracked and isolated the close contacts of Beijing’s confirmed cases. These measures should help contain the flare-up and prevent any larger outbreaks in the city.

I also don’t think that Beijing should launch citywide testing. It’s meaningless from a scientific and epidemiological perspective. Beijing has a population of 20 million. It would be a waste of time to undertake such an enormous testing measure.

People might wonder why Wuhan and Beijing’s outbreaks were both linked to wholesale markets: the Wuhan Huanan Seafood Market and the Beijing Xinfadi Market. Such outbreaks have also happened in other countries. It might be because in the environment of those crowded markets, there could be multiple sources of infection that came in and hid unnoticed, eventually leading to outbreaks.

Many basic characteristics of the new coronavirus remain unknown — for instance, how infectious asymptomatic patients are. Some experts have said they might be very infectious, but the World Health Organization’s spokesperson doesn’t agree. As for the Xinfadi market outbreak, some experts have argued that the virus might have originated from Europe, while others have rejected this notion. So what was the source of the infection at the Xinfadi market? I believe we need to further investigate and let the facts speak for themselves. It’s unwise to jump to conclusions without clear evidence. Otherwise, it just causes the public to panic and overreact.

Under the current circumstances, Beijing should also refrain from shutting down economic activity in the city, as otherwise it will be difficult to survive for small and midsize businesses, as well as the low-income population. In response to the outbreak, public health experts should balance the need to control the virus with the need to keep society functioning. For instance, it’s not necessary to lock down the schools surrounding Xinfadi indefinitely. According to previous rules, the Xinfadi market and its surrounding schools should be reopened if there are no new infections for 14 days.

The most important thing for people in Beijing to do right now is stay calm. As long as everyone keeps wearing masks, washes their hands frequently and avoids large crowds, the local economy will continue its steady recovery and there won’t be too much damage from the outbreak.