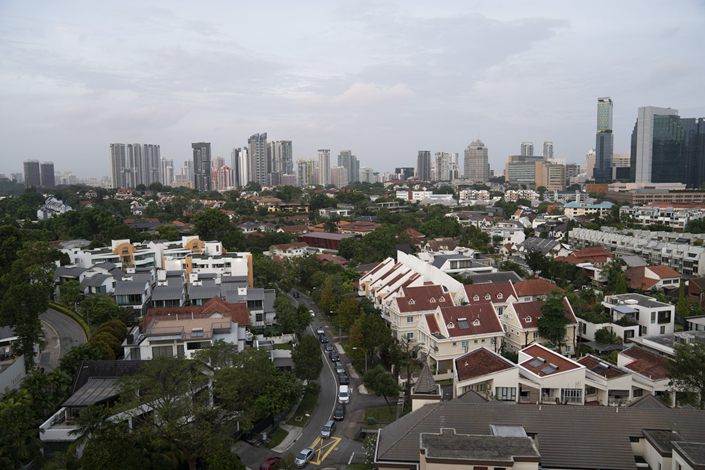 Vehicles drive along a road as houses and residential buildings stand in the Newton area of Singapore, on Jan. 24, 2019. Photo: Bloomberg

(Bloomberg) — China Maple Leaf Educational Systems Ltd. has agreed to acquire one of the largest international schools in Singapore in a deal valued at S$680 million ($487 million).

The Hong Kong-listed firm is buying all of the issued shares in Singapore’s Canadian International School from Southern Capital Group Pte and HPEF Capital Partners, according to a statement confirming an earlier Bloomberg News report. The transaction will be conducted in two parts, and will see the buyer pay in cash and settle Canadian International School’s debts, according to the statement. Upon completion of the deal, the school will become an indirect wholly-owned subsidiary of China Maple Leaf.

China Maple Leaf shares rose as much as 10.4% on Monday, the most since late April. They have fallen nearly 30% in the year to date. The Hang Seng index is down about 12.9% this year.

Southern Capital, a Singapore-based buyout firm, has been working with an adviser to explore options including a sale of the Canadian school, Bloomberg News reported in September. The asset had attracted other education providers and private equity firms, people familiar with the matter had said.

Canadian International School, founded in 1990, has about 3,000 students in Singapore, representing more than 70 nationalities across two campuses, according to its website. Like its peers in the Southeast Asian nation, the school competes for students from age 2 to 18 from expatriate and local families.

In 2015, Southern Capital and HPEF Capital, known as Headland Capital back then, bought Canadian International School for S$460 million, according to a report by their legal adviser Wong Partnership.

China Maple Leaf, which opened its first school in the Chinese city of Dalian in 1995, now has more than 43,500 students, according to its website. The company operates 104 schools from preschool to high school in China and overseas including in Canada and Australia.