Singaporeans Will Go to the Polls on July 10 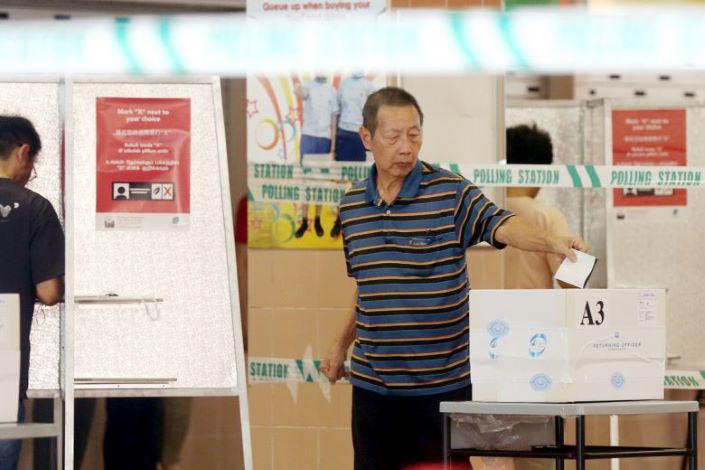 (The Straits Times) — Singaporeans will go to the polls on July 10, in a general election that will see the contest for hearts and minds waged on a drastically different battleground due to the coronavirus pandemic.

The widely anticipated announcement of the election date came on Tuesday, when President Halimah Yacob dissolved Singapore's 13th Parliament and issued the Writ of Election.

Nomination Day will be next Tuesday, June 30, with the minimum of nine days to campaign before Cooling-off Day on July 9. Polling Day will be a public holiday.

There will be nine nomination centers.

This general election will be like no other that Singapore has experienced, he said, not just because of the special arrangements to deal with Covid-19, but also the gravity of the situation and the issues at stake.

"The government that you elect will have critical decisions to make," Mr Lee said. "These decisions will impact your lives and livelihoods, and shape Singapore for many years to come, far beyond the five-year term of the next government."

The election, Singapore's 13th since independence, is likely to again see the People's Action Party (PAP) challenged for all seats — as the ruling party was in 2015.

GE2020 will be fought against the backdrop of the Covid-19 outbreak, which has been described as the most dangerous crisis humanity has faced in a very long time.

In a televised address to the nation on Tuesday, Prime Minister Lee Hsien Loong said he has decided to call the general election now, while the Covid-19 situation is relatively stable, to "clear the decks" and give the new government a fresh, full five-year mandate.

After the election, the new government can focus on the national agenda — which includes handling the coronavirus pandemic, the economy and jobs — and the difficult decisions it will have to make and to carry, he said.

The alternative is to wait out the pandemic, he said, noting however that there is no assurance that the outbreak will be over before the government's term ends next April, with the virus expected to linger for at least a year — most probably longer — until a vaccine is available.

Safe distancing rules that restrict the size of public gatherings to five people mean traditional campaign staples like mass rallies cannot be held. Political parties also have to scale back the scope of their walkabouts in constituencies.

They have turned to cyberspace and social media to get their messages across to the electorate instead. Each candidate will also get airtime on national television, as part of the new, one-off constituency political broadcasts.

Observers reckon issues that will feature prominently at the hustings include the state of the economy and jobs, the government's handling of the coronavirus situation, and setting the direction for Singapore's future after Covid-19.

The pandemic had brought economies to a near standstill as countries locked down to curb the spread of the virus. On its part, Singapore's economy is projected to shrink by up to 7% this year, which would make it the worst recession since the country's independence in 1965.

The government has made protecting jobs a key plank of its fiscal response to the crisis, as it rolled out four Covid-19 support packages amounting to some $93 billion, requiring a draw of up to $52 billion from past reserves.

This coming election will see Mr. Lee lead the PAP into battle for the fourth, and what looks set to be the final, time as prime minister. He had earlier declared his intention to hand over the reins to his successor by the time he turns 70, which will be in 2022.

The 2006 General Election, the first led by Mr. Lee, saw the PAP get 66.6% of the popular vote. But the ruling party saw its vote share fall to 60.1% in the 2011 election, as voters made clear their unhappiness over issues such as housing affordability, immigration and overcrowded public transport.

In 2015, the PAP secured 69.9% of the vote — a surge that analysts have attributed to policy changes that addressed voters' concerns, the feel-good effect from Singapore's Golden Jubilee and the death of founding prime minister Lee Kuan Yew in March that year, among other factors.

This time around, the threat of Covid-19 will loom large over the campaign.

The Elections Department (ELD) will roll out various measures to keep voters safe on Polling Day, including increasing the number of polling stations from 880 to 1,100, allocating recommended two-hour time slots for voters to cast their ballots and giving them disposable gloves.

Those on stay-home notice (SHN) orders at designated facilities like hotels will vote at special polling stations that are provided for by the Parliamentary Elections (Covid-19 Special Arrangements) Act.

For voters on SHN at home, on quarantine orders or who are issued medical certificates for acute respiratory symptoms, the ELD said the decision for these groups will be made and announced only after the Writ of Election is issued.

There will also be a minimum of 12 opposition MPs in Parliament, as this is the first election since changes to the Constitution were passed to guarantee that number, should there be fewer than 12 elected opposition members. Non-constituency MPs will also have full voting rights.