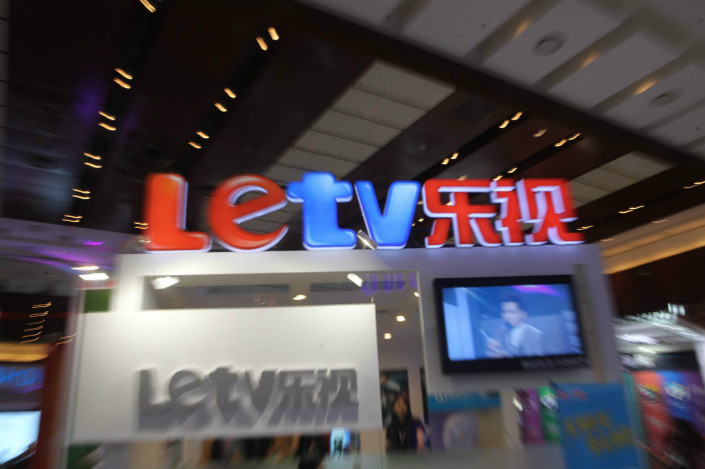 Leshi Internet Information and Technology Corp. was forced to sell key trademarks including “Super TV”, the name of the company’s flagship smart television, on Monday.

The well-attended online trademark auction comes after Leshi was kicked off the Shenzhen Stock Market, and marks the latest installment in the drawn out story of how a major forerunner in video-streaming expanded too fast and ran out of capital, leaving its projects in tatters and its bankrupt founder fleeing to the U.S.

In a court-mandated online auction lasting 26 hours, Sun Hongbin (link in Chinese), head of Sunac Group which controls Tianjin Jiarui, gained the rights to use “Leshi”, “Le” and “LeTV” as well as “LeTV Super TV”, which he can apply directly to the businesses he operates. Sun is the former business partner of LeTV founder Jia Yueting, and Tianjin Jiarui and LeTV’s management are closely linked, meaning there should be little change on the ground for the video-streaming operator.

Founder of LeTV, Jia Yueting, is well known for achieving the first IPO of a video-streaming company in China, and notorious for fleeing the country in 2017 after running up huge debts.

LeTV was made to withdraw from the Shenzhen Stock Exchange in May due to three years of consecutive losses. Currently trading at 0.29 yuan, LeTV’s delisting will complete on 20 July.

This week’s trademark auction resulted from arbitration following Leshi’s failure to repay loan obligations to Tianjin Jiarui dating back to a loan of 1.29 billion yuan in late 2017.

Trademark auctions tend to fetch high prices. On 13 April, 234 trademarks related to Shenzhen QVOD Technology Co. Ltd. were auctioned by Alibaba with a starting price of 45,000 yuan and purchased for 9.5 million yuan, 210 times the starting bid.