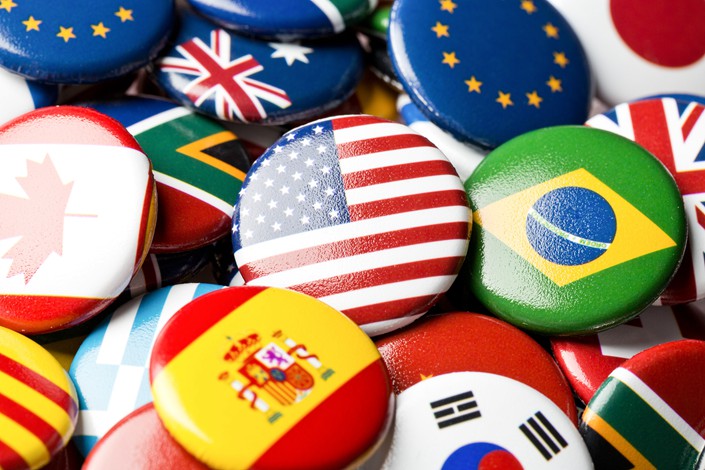 Chinese participation in the U.S.-designed TPP was always considered a long shot.

The Trans-Pacific Partnership (TPP) was designed in 2016 to be almost China-proof, with stringent obligations requiring transparency and trade liberalization. As former U.S. Trade Representative Michael Froman put it, Chinese participation would be welcomed only when China could meet the TPP’s terms, which it was far from doing. The United States was not keeping China out; China was just not ready to come in.

President Donald Trump then pulled the United States out of the TPP in January 2017. The remaining 11 TPP countries suspended some of the controversial terms favored by the United States and implemented the pact, renamed the Comprehensive and Progressive Trans-Pacific Partnership (CPTPP), in late December 2018. Membership was open to all countries, including China. Has the U.S. departure opened the door for China to join sooner rather than later?

The answer depends on the terms that China would agree to if it signed up to the club. The original vision of the Obama trade team in launching the TPP was that it would have sufficient clout to rival China’s extensive trade relations across the Pacific. They also hoped that it would pressure Beijing to adopt bolder economic reforms to sign up. But without U.S. officials screening new applicants, China could now seek to negotiate accession under revised and more flexible terms and enhance its regional economic influence. This would be bad news for the United States, both in economic and geopolitical terms. If elected president, Joe Biden should figure out a way to persuade Congress that joining the CPTPP best serves U.S. interests.

Chinese participation in the U.S.-designed TPP was always considered a long shot. TPP requirements conflict with current Chinese practice; China would have to embrace unprecedented domestic reforms to meet rules on state-owned enterprises, data flows and localization restrictions, labor obligations, and subsidies. Yet when President Trump closed the door on U.S. participation in the TPP in January 2017, he opened an opportunity for China to enter and reshape Asian economic integration by modifying the terms of the CPTPP. Could China now grab the brass ring?

Chinese Premier Li Keqiang recently remarked that China has a “positive and open attitude toward joining the Comprehensive and Progressive Agreement for Trans-Pacific Partnership.” Some observers jumped on this comment to suggest that Beijing harbors a keen interest in joining the CPTPP. In fact, Premier Li was simply responding to a broader media question about China’s trade negotiation priorities, and the CPTPP reference was a brief and diplomatic way of saying that China is keeping all options open.

China has not fundamentally changed its position toward regional economic integration: Its priorities lie in using the Regional Comprehensive Economic Partnership (RCEP), supplemented by the China-Japan-Korea (CJK) trilateral trade agreement under construction, and the massive Belt and Road Initiative to deepen integration in intra-Asian supply chains as well as political relationships.

The RCEP is virtually complete after almost eight years of effort. In November 2019, all 16 participants except India agreed on the broad-ranging deal covering goods and services trade. China, Japan, Korea, Australia, New Zealand, and the 10 members of the Association of Southeast Asian Nations expect to finalize the legal text and sign the agreement before the end of 2020. On May 18, 2020, China’s Deputy International Trade Representative Wang Shouwen said that roughly 80 percent of legal scrubbing of the text had been completed with the aim of finishing by the end of June. At the National People’s Congress in late May both Premier Li Keqiang and Foreign Minister Wang Yi reaffirmed China’s commitment to sign the deal during 2020.

While the RCEP requires more modest trade reforms than the CPTPP, it will generate substantial economic benefits for China. Together with Japan and Korea, the three dominant Northeast Asian economies account for over 80 percent of GDP in the RCEP15. RCEP liberalization would substantially reduce tariff barriers to China-Japan trade, currently subject to most favored nation tariffs, and liberalize key sectors of China-Korea trade exempted from tariff reform under their bilateral free trade pact.

Simulation results suggest that, given a prolonged U.S.-China trade war, Chinese participation in RCEP will increase its real national income by $100 billion in 2030, compared with the baseline scenario, offsetting about one-third of the negative effects of the trade war. Japan and Korea are the second and third largest beneficiaries, with national income gains of $46 billion and $23 billion in 2030.

Perhaps the most important provisions of the RCEP involve regional rules of origin, providing preferences for sourcing components from within the 15-member bloc instead of from outside the region. As U.S. policy seeks to break supply chains involving Chinese products, China is building new agreements to deepen its commercial ties with Asian neighbors.

That is why the CJK is important as a complement to RCEP, even though all three will be RCEP signatories. The CJK will fill in many of the holes in RCEP disciplines that could not be achieved among the 15 diverse RCEP countries but that China, Japan, and Korea can accept for trade amongst themselves. CJK could be especially important in high-tech sectors like semiconductor manufacturing equipment, where the White House seeks to use export controls to sever ties between Chinese firms and their Korean and Japanese trade/investment partners.

China’s next choice: the Comprehensive and Progressive Trans-Pacific Partnership Taken together, RCEP and CJK will narrow the gap between Chinese practice and CPTPP best practice and thus increase chances that China could seek accession to the CPTPP, which potentially offers a complementary path for China to deepen engagement in the region. Joining the pact (which has seven overlapping members with RCEP) would generate substantially larger economic benefits for China, adding $298 billion to the national income by 2030.

While current members can block the accession of any applicant, many of them already have extensive trade and investment ties with China. Would they deflect the Chinese overture just because China cannot meet the high standards of CPTPP obligations? Or would they bend to Chinese pressure and explore ways to bring China into the pact by softening some terms or providing long transition periods for introducing economic reforms?

With the United States on the CPTPP sidelines, a Chinese application to join the club would put other CPTPP countries in an awkward position. Most CPTPP countries would not want to say “no” to China given their dependence on the Chinese economy but also would not want to say “yes” given the likely U.S. reaction. As Singapore Prime Minister Lee Hsien Loong wrote in a Foreign Affairs op-ed, Asia-Pacific countries do not want to choose between the United States and China; they want to cultivate good relations with both. Thus, a push by China to join the CPTPP would put a real squeeze on existing members. U.S. allies would probably try to string out negotiations with China and escalate efforts to get the United States back in the CPTPP.

U.S. presidential candidate Joe Biden said that he would consider U.S. participation in the TPP if the terms were revised. In fact, some of the issues that the Democrats objected to, and that led the Obama administration to delay bringing the deal to Congress, have been expunged from the revised CPTPP, including investor-state dispute settlement and data exclusivity for biologic drugs. CPTPP members may warmly welcome the return of the United States and likely would accept further changes, for example on digital trade and labor and climate issues, to make the deal attractive to a Biden administration.

If the United States rejoins the CPTPP in 2021 or 2022, American officials could block efforts to water down CPTPP standards and would have a veto on Chinese entry terms. From the U.S. perspective, that is clearly the best policy. From the Chinese perspective, a decision by the next U.S. administration to ignore the CPTPP would offer an opening for China to negotiate the terms of entry—and solidify Beijing’s position as the dominant economic player in Asia.

Maye Musk, the mother of "Silicon Valley Iron Man" Elon Musk, a supermodel and a well-known dietitian will join Wendi Deng tonight to talk about the adventure of their lives and discuss the age, work, and courage of women.