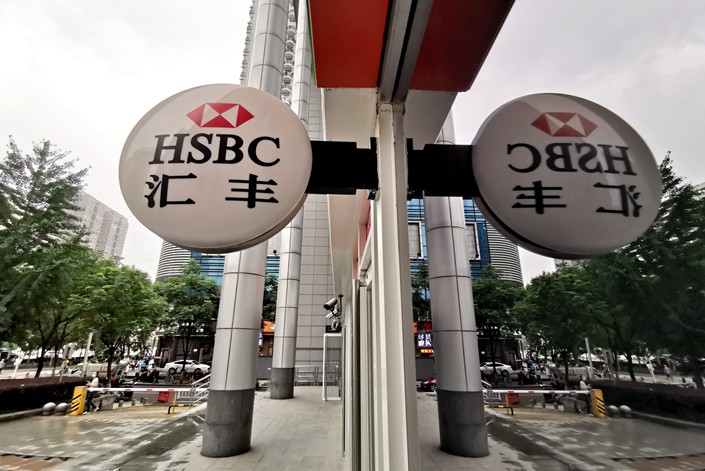 (Nikkei Asian Review) — HSBC Holdings has hired 100 wealth advisers and is setting up a fintech venture in China as part of a plan to increase investment in the mainland despite plans to slash as much as 35,000 staff globally.

The London-headquartered bank, which earned the wrath of British and U.S. lawmakers for coming out in support of Beijing’s national security law for Hong Kong last month, said the new staff would provide mobile wealth and insurance services to customers outside its branches in Guangzhou and Shanghai to start with. The mobile financial planning business will eventually be extended to the rest of China and Asia, according to a statement.

The announcement is another example of the growing importance of China for global banks as the second-largest economy opens up its financial market and its wealth pool deepens. Last month, HSBC said in a statement on its WeChat account that it would continue to invest in the mainland after local media reported that its layoff plan means the bank may pull out of China.

Financial institutions, including Nomura Holdings and Credit Suisse, have also zeroed in on wealth management in their onshore China expansion.

HSBC’s fintech unit will provide digital, data and other technology services initially for the mobile wealth business in China but will later expand to include other entities. The bank has so far hired 100 mobile wealth planners in China, a spokeswoman said. She declined to comment on further hiring.

The bank in March said its plans to hire 500 more wealth and retail bankers in Hong Kong, Singapore and mainland China were intact as it looked to widen its presence in the fastest-growing wealth management region in the world.

For HSBC, the initiative comes just months after it merged its retail banking and wealth management units with its private banking unit to create a business with $1.3 trillion in assets. It is also in line with CEO Noel Quinn’s aim to pivot towards Asia while reducing its European and American businesses.

China remains a “significant growth opportunity” for the bank, Quinn said in February after unveiling the job cuts. The lender, which was founded in 1865 as the Hongkong and Shanghai Banking Corp. to tap the growing trade between Europe, China and India, already earns 40% of its revenue and more than 60% of its profit in Hong Kong and mainland China.

The increased focus on China was said to be behind the bank’s move to support Beijing’s new legislation to crack down on dissent in Hong Kong even before full details of the law were disclosed. The legislation has now come into force after President Xi Jinping signed it last week.

The U.S. Senate and Congress responded by passing a bill that calls for sanctions on Chinese officials and others who help violate Hong Kong’s autonomy, and financial institutions that do business with those who are found to have participated in any crackdown on the city. The bill now heads to President Donald Trump for his signature or veto.

HSBC shares have dropped 39% in Hong Kong so far this year compared with a 10% decline for the Hang Seng Index.