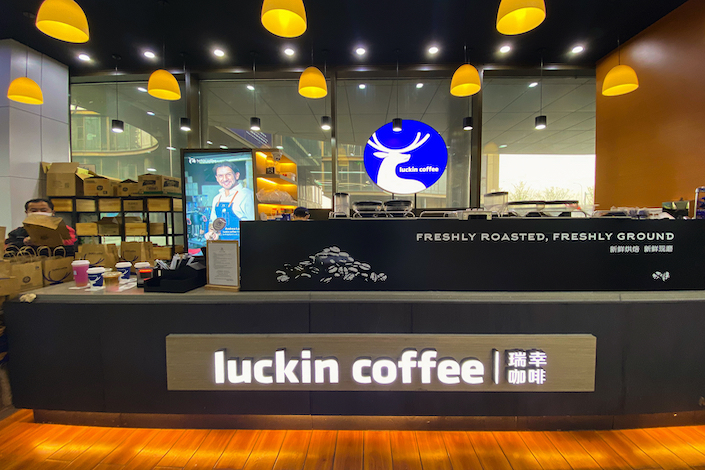 Lu’s dismissal resulted from a power struggle within the scandal-plagued Chinese coffee chain. The three other directors removed are Sean Shao, Li Hui and Liu Erhai, according to Sina.com. Shao is chairman of an independent committee investigating the financial reporting fraud. Li and Liu also pushed for the investigation.

Lu, the founder and controlling shareholder of Luckin, had just survived a separate board vote Thursday to remove him as director and chairman.

Luckin said Wednesday that its independent committee substantially completed its internal probe into the financial reporting scandal, confirming the billions of yuan of fake sales, but giving no conclusion on whether Lu was responsible.

Sources previously told Caixin that Lu was uncooperative with the committee, refusing to hand over his phone or computer for examination.

Related: After Surviving Ouster Attempt, Chairman of Luckin Looks to Cleanse Board