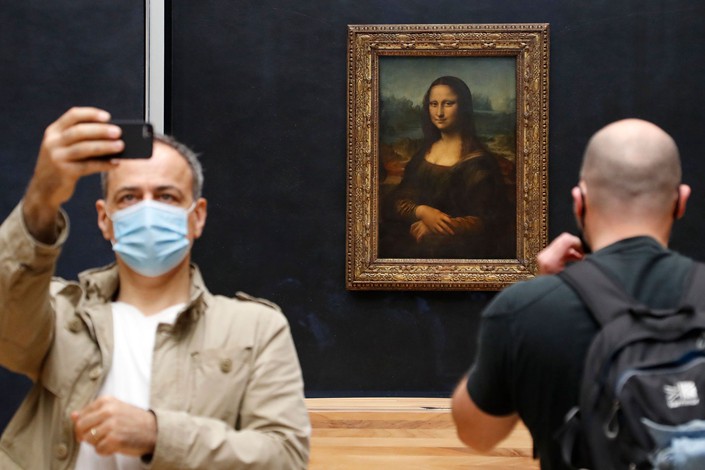 Never have the complexities of the relationship between human health and economic wellbeing been more apparent than during the Covid-19 crisis. How can we enforce life-saving social-distancing rules without destroying livelihoods? Why are some groups suffering so much more than others, both clinically and economically? What are those who face lower risks willing to sacrifice for the common good?

With no vaccine or cure for Covid-19, social-distancing protocols, together with mask-wearing and hand-washing, quickly emerged as our best defense against the virus. For some industries, the adjustment was relatively straightforward: close down offices and have employees work remotely.

As it turns out, far more work can be done remotely than was previously thought. Physical proximity has long been viewed as essential to the collaboration that is so essential to running a business, let alone innovating. Yet during the pandemic, I finished a joint paper without meeting my co-authors in person; participated in many fruitful online meetings and conferences; and even advised Japanese Prime Minister Shinzo Abe from my home in New England, rather than flying to Tokyo, as I have done in the past.

My case is hardly rare. Just a few months ago, no one would have imagined that news reporters or talk-show hosts would be broadcasting from their homes. And while some economic activities are likely to move back into shared office spaces or studios as soon as possible, others may remain fully or partly remote. Many companies, including tech giants like Twitter, have already announced plans to keep employees at home indefinitely.

Yet plenty of activities cannot be done remotely. Social distancing has thus meant temporarily closing many businesses, from restaurants to factories, and limiting travel. This has had serious economic repercussions, including supply-chain disruptions, declining demand, and rising unemployment. The International Monetary Fund now expects global GDP to contract by 4.9% this year.

Many have accepted the economic hit, in the interest of “flattening the curve” of infection. After all, unless and until the virus is contained, economies cannot reopen fully. New Zealand has emerged as an exemplar of this approach, though many other countries, as well as some U.S. states, have embraced it. In the meantime, governments, particularly in the advanced economies, have offered unprecedented monetary and fiscal stimulus to keep their economies afloat.

Yet not everyone has been willing to prioritize public health above economic considerations. Yes, in some places, such as India, blanket lockdowns had their own serious public-health consequences. But in others, leaders made the callous calculation that protecting the economy – specifically the stock market – was more important than protecting people from Covid-19. Here, U.S. President Donald Trump and his Republican enablers, such as Senate Majority Leader Mitch McConnell, are the worst offenders.

Those rushing to save Wall Street may subscribe to the logic of Jeremy Bentham, the father of modern utilitarianism, who argued that the goal of public policy must be to ensure the “greatest happiness of the greatest number,” measured by a country’s total income. Those who would place protecting public health first affirm the Harvard philosopher John Rawls’ theory of social justice, which requires public policy to be “to the greatest benefit of the least advantaged.”

Ultimately, however, meeting either standard will require societies and governments to go far beyond social distancing or stimulus payments to tackle deeply embedded systemic inequalities. While the virus itself does not discriminate by wealth, race, social status, or any other such markers, it has disproportionately affected the poor, as well as racial and ethnic minorities. In the U.S., black and Latino populations in the U.S. face significantly higher Covid-19 infection and mortality rates.

This is partly because members of minority groups are more likely to hold the “essential” jobs that have been exempted from shelter-in-place rules, such as grocery-store workers, bus drivers, couriers, and home health aides. According to one study, black workers comprise nearly 12% of all employees in the U.S., but 17% of front-line workers.

Such professions are not only likely to be lower paid, but also frequently offer few benefits, such as paid sick leave or health insurance. Social and economic factors, including higher poverty rates and higher likelihood of living in under-resourced neighborhoods, compound the health risks, as do long-standing inequities in health-care access and outcomes.

This is not only an American phenomenon. A recent study showed similar racial disparities in the United Kingdom. And all over the world, the poorest groups — unable to stay home, living in crowded environments that may lack piped water, and without access to medical facilities – are suffering the most. Many are face growing food insecurity.

Beyond a public-health crisis, Covid-19 is a social and humanitarian crisis — one that is exposing and widening our societies’ fault lines, as the protests over racial injustice in the U.S. and elsewhere have shown. But addressing systemic inequities is extremely difficult, not least because members of the privileged group are likely to cling to their advantages.

Rawls captured this dynamic by basing his theory of justice on an “original position”: What choices would people make about the social contract if they didn’t know any of their individual attributes, such as wealth, race, values, or capabilities? Behind this “veil of ignorance,” they would presumably choose a system that ensures the security and dignity of all.

In the real world, however, no such veil exists, and people tend to resist challenges to their unfair privileges. Still, there are some glimmers of a growing commitment to social justice. Beyond the willingness of millions to follow social-distancing guidelines, the U.S. Supreme Court recently ruled that employers may not fire someone for being homosexual or transgender, and recognition of systemic racism in the country seems to have gone mainstream. One hopes that these developments — not the backlash against them — are indications of what is to come.