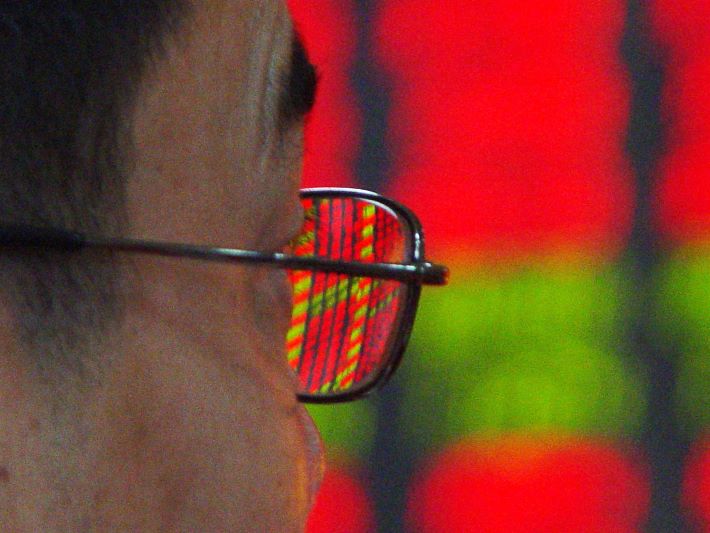 (Bloomberg) — The rally in Chinese shares is unraveling almost as quickly as it began, with losses accelerating Thursday after state media criticized one of the country’s most popular stocks.

The CSI 300 Index dropped 4.7% as of 2:39 p.m. local time, its biggest loss since markets reopened in February following the Lunar New Year break. Crowd favorite Kweichow Moutai Co. slumped as much as 8.7%, wiping out more than $25 billion in value and dragging down an index of consumer shares. The ChiNext Index, which had earlier this week turned hotter than any benchmark in the world, fell as much as 6.2%.

This month’s stock rally in China had pushed the value of the country’s market to almost $10 trillion, a level that marked the top of the equity bubble five years ago. Policy makers have since taken steps to rein in speculation in equities, including effectively withdrawing liquidity from the financial system. The impact showed in Wednesday’s smallest increase in stock leverage since late June.

After government-backed funds sold shares or announced plans to so in the past few days, an attack from the People’s Daily on Moutai is another sign that Beijing wants to cool the stock rally. Increasing tensions with the U.S., the central bank’s clampdown on easy money and a drop in retail sales are also adding up as reasons to start selling.

The Chinese economy returned to growth in the second quarter, expanding a better-than-expected 3.2%. While industrial output rose 4.8% from a year earlier, retail sales shrank 1.8%, weaker than a projected 0.5% increase. That suggests the recovery is still largely industry-driven, with consumer sentiment remaining fragile.

“Retail sales came worse than expected, which hurts sentiment towards some consumer stocks,” said Daniel So, a strategist at CMB International Securities Ltd. “A stabilizing economy means the scale of monetary easing may be smaller than expected. Ample liquidity was one of the key reasons for markets to jump.”