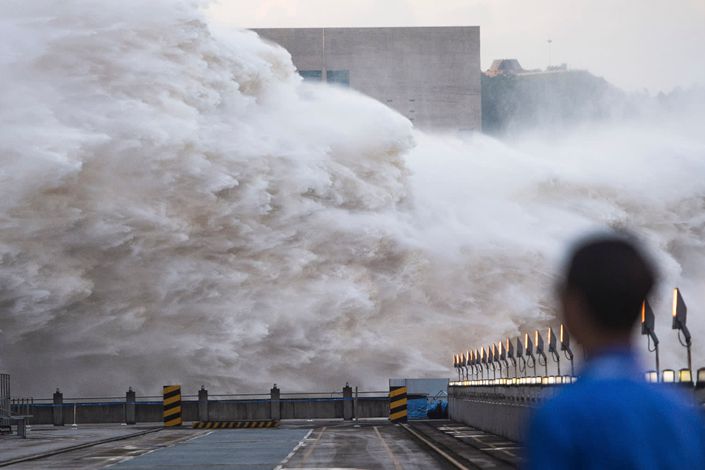 (Nikkei Asian Review) — The 2020 monsoon season in East Asia that is wreaking havoc in China and Japan can be traced back to a warming hot spot in the Indian Ocean, experts say.

Heavy rains in China have caused historic flooding along the Yangtze and other rivers, killing dozens and straining the Three Gorges Dam, the world’s largest hydroelectric dam. At least 40 million people — roughly the populations of Brunei, Malaysia and Singapore combined — were in flood-affected areas, which include more than 400 smaller rivers and Yangtze tributaries.

In Japan, the rainy season officially ended Monday in the southwestern region of Amami, the latest finish in data going back to 1951, and has yet to wrap up in much of the rest of the country. A total of 208.3 meters of rain fell nationwide — measured at nearly 1,000 collection points — over the first 10 days of July, according to the Japan Meteorological Agency, the most in 38 years.

Both are believed to have resulted from the same phenomenon: the stalling of the front associated with the region’s annual spring and summer monsoons. A growing number of experts attribute this to warmer-than-usual sea surface temperatures around the Indian Ocean.

Higher temperatures there create updrafts of warm air, strengthening convective activity, according to Hisashi Nakamura, a professor at the University of Tokyo. This air flows toward the Philippine Sea and then travels downward, where it is ultimately offset by the area’s upward air currents, weakening convective activity in the system.

As a result, an area of high pressure in the Pacific Ocean that normally would travel north — and push the front with it — instead hung over this area of weak convective activity over the Philippine Sea to the southwest. The front thus “stalled without being pushed to the north,” Nakamura said.

That has allowed it to absorb large quantities of moisture and dump even more rain on the region.

While analyzing moisture levels in the atmosphere, Nagoya University professor Kazuhisa Tsuboki identified a so-called atmospheric river. The roughly 500-km-wide “river” carried as much as 500,000 to 600,000 tons of water vapor per second from the Indian Ocean and the South China Sea to the front during its 10-plus-day halt, creating rain-bearing thunderclouds.

The total amount of water vapor is “more than three times as high as during the western Japan floods” of 2018, Tsuboki said.

That has led to unusually frequent bursts of intense rainfall in Japan. A total of 82 periods of rainfall exceeding 50 mm per hour were recorded here in the first 10 days of July, shattering the previous record.

With the front expected to remain parked in place for some time, neither Japan nor China can afford to let its guard down.