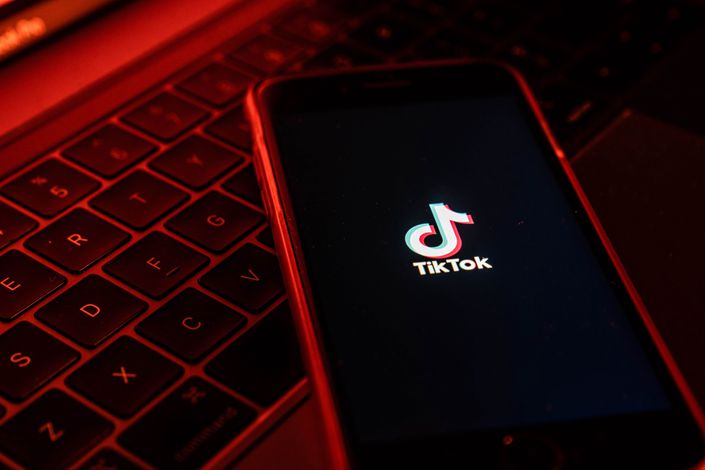 Beijing-based ByteDance spent $500,000 in the three months ended June 30, up from its previous record of $300,000 in the first quarter. Photo: Bloomberg

(Bloomberg) — The Chinese owner of the popular TikTok video app spent a company record on federal lobbying in the second quarter as it fought allegations that it’s funneling Americans’ data to Beijing, according to lobbying disclosures filed with U.S. Congress.

Beijing-based ByteDance Ltd. spent $500,000 in the three months ended June 30, up from its previous record of $300,000 in the first quarter, according to the company’s lobbying disclosure Monday.

TikTok is responding to an onslaught of pressure from U.S. politicians over its Chinese roots — tension that has escalated in third quarter, including calls by President Donald Trump to consider banning the app entirely and proposed legislation to disallow downloads on government-issued mobile devices.

TikTok also faces a national security investigation into the 2017 purchase of Musical.ly, a lip-syncing app it later merged with TikTok, as well as a parallel probe by the administration, which could culminate within weeks, White House Chief of Staff Mark Meadows told reporters last week. The company has also attracted inquiries by the U.S. Federal Trade Commission and the Justice Department over its data-collection practices, according to a consumer advocate who said he spoke to the enforcers about the company.

ByteDance, which was founded in China and is incorporated in the Cayman Islands, has repeatedly denied accusations that TikTok harvests data for the Chinese government and says it stores Americans’ data in the U.S. and Singapore, not in China.

More popular than ever with hundreds of millions of people stuck at home during the coronavirus pandemic, teens have used the app to organize efforts to disrupt Trump’s re-election campaign. TikTok also has become a political pawn in the fight between Washington and Beijing: Trump and Secretary of State Michael Pompeo have said a ban on TikTok could be one form of retaliation over China’s handling of the coronavirus.

The TikTok app has been downloaded 2 billion times globally, including 165 million times in the U.S., according to data provider Sensor Tower. That makes TikTok even more politically important as users weigh in on issues like race and the upcoming presidential election.

ByteDance, which only began lobbying last year, said in the filing that it worked on “issues related to internet technology and learning-enabled content platforms” and lobbied Congress and the executive office of the president, which includes key White House offices focused on economics and security.

It also lobbied on privacy and content moderation, according to a disclosure from Monument Advocacy, one of the company’s outside firms.

TikTok has been building up its lobbying muscle as it attempts to distance itself from its Chinese ties and convince American politicians that it’s just a fun-loving consumer app. Former Walt Disney Co. executive Kevin Mayer became TikTok’s first American chief executive officer in June, and the company earlier this month discussed plans to create a new global TikTok headquarters outside of China, in addition to potential changes to its management structure.

TikTok’s Washington lobbying blitz started last year with efforts to broker meetings between company executives and high-profile senators. Since then, it’s amassed a 35-person Washington operation and hired longtime policy hands to make its case to American politicians. It named Michael Beckerman, the former president of the Internet Association trade group, to run its policy shop, and hired David Urban, a senior adviser to Trump during his 2016 presidential campaign, as an outside lobbyist. Both are registered as working for ByteDance.

ByteDance has also hired former top staff to Republican and Democratic House leaders and has brought on four outside lobbying firms in the last year.

In one meeting last year with staffers for Republican Senator Marco Rubio, TikTok staff provided conflicting information, including about where data was stored and how TikTok creates its algorithms, a Rubio spokesman said. “Given established connections to China and the inability of the company to answer basic questions from staff about TikTok’s ties to China and how it treats Americans’ user data, our office declined to have the Senator personally meet with them,” the spokesman said.

“There is a huge amount of misinformation on TikTok out there,” the company said in a statement last week, pointing to its American executives and board seats. “TikTok U.S. user data is stored in the U.S. and Singapore, with strict controls on employee access,” TikTok said in that statement. “These are the facts.”

Since April, TikTok reached out to the offices of more than 50 key lawmakers to emphasize its independent American leadership, a person familiar with the company’s Washington operation told Bloomberg.