Wuttke: How China Could Remove Barriers to Foreign Investment 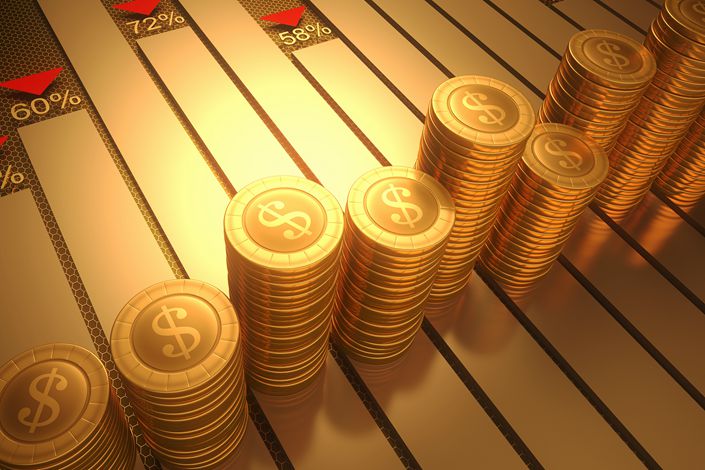 Joerg Wuttke is president of the European Union Chamber of Commerce in China.

Foreign investors looking to enter China face many layers of market access barriers. Observing the maze that must be contended with, I cannot help but be reminded of my visits to the Forbidden City, which this year celebrates 600 years since its completion. Anyone attempting to make their way to the emperor for a meeting would first need to navigate through several palace gates and a regiment of bureaucrats before finally encountering the Son of Heaven.

Foreign investors in China that are eager to access their customers — their equivalent of the emperor — face similar barriers.

The first palace gate they must pass through is the Foreign Investment Negative List (FINL): a table of different industries in which foreign investment is either forbidden or accompanied by conditions for entry.

In late June, China concluded its latest revisions to the FINL, in which seven items were removed from the restricted list, leaving just 33 sectors closed to foreign investors. By taking “commercial vehicles” off of the list, China advanced meaningful opening for foreign automakers. However, most of the other changes are of limited significance: seed development expanded a bit, but only for wheat; pipe network operations for municipal water and waste services is now open, but only after Chinese SOEs built out the entire country; and capital asset management opening comes too late, as foreign banks were allowed in only recently, and thus cannot build the deposits necessary to truly compete here. However, the remaining 33 items are composed of sectors across a broad spectrum of interest, including legal services and a swatch of telecoms services.

The FINL is only the first gate for foreign investors: the less frequently discussed Market Access Negative List (MANL) is the second.

This list — which restricts 130 broadly-defined items  (link in Chinese) — affects all market players, not just foreign ones, which serves as a reminder that China’s private companies are also subject to the onerous regulatory framework here. Although the vast bulk of items on the MANL are not prohibited, they require various administrative permissions instead. European business leaders report being twice as likely to face such indirect barriers compared to direct ones.

Foreign banks, for example, were finally able to enter without joint venture requirements as of just a couple of years ago. Ecstatic at finally being allowed in, European banks found a fully saturated market, in which only a few niche opportunities in areas like cross-border services held meaningful potential. Furthermore, the requirements for obtaining an operating license remain out of international norms by some considerable distance. To date, only a handful of foreign banks have been successful, though recent announcements from the China Securities Regulatory Commission could signal that things are moving the right direction.

Insurers, that have just seen their industry removed from the most recent FINL, face different, but no less burdensome, bureaucratic barriers.

To offer their services nationwide, they must apply for a separate license in each individual province, with only one application being accepted and processed at a time. With the China Banking and Insurance Regulatory Commission issuing those licenses at a pace of about one a year, this means that any foreign insurance providers wanting to offer services in even just one third of the country would need a decade to acquire them, assuming that they were all smoothly approved. Meanwhile, lying in wait for them are China’s biggest insurers, which have been able to easily secure their positions across the country.

Four decades into “reform and opening up,” China’s economy has undergone a miracle driven by its entrepreneurs. In areas where foreign companies were able to secure early access, they were able to compete and build a decent amount of market share over the ensuing years. However, those entering late into largely established traditional sectors have now been left with only a niche or two in which to try and gain ground. Foreign banks, for example, hold barely more than 1% of market share in China’s saturated financial sector. Similarly, recently opened oil and natural gas exploration holds little value to foreign energy extractors, as China’s reserves have been extensively explored and proven, before being comprehensively tapped by domestic firms.

However, there are still meaningful opportunities to gain market share in some areas. In information, communication and technology, for example, there are rapidly emerging sectors with plenty of market share up for grabs. Unfortunately, most telecoms infrastructure providers are increasingly squeezed out of procurement as China fights tooth and nail to support its national champions, and licenses for value-added telecoms — including cloud and VPN services — remain largely out of reach to foreign companies.

Back in imperial China, there were always some special cases where a new official might just get lucky. Perhaps the emperor himself had requested their presence, and declared that they come to the throne without delay or interruption. The main problem in such instances was the lack of certainty and predictability such an intervention offered the official. After arriving, all it would take is one reason — impulsive or otherwise — for imperial favor to suddenly be withdrawn.

This makes for another interesting parallel with the recently revised FINL. It includes a provision that gives the State Council the power to supersede the restrictions on the list for any company that it selects. It seems likely that this is meant to allow the State Council to “pilot” opening in certain sectors after the previous piloting model, through China’s free-trade zones, failed to deliver any meaningful results.

This could be good news for foreign companies stuck outside of China, should the State Council endow any of them with their blessing. However, it also raises concerns within the European business community with respect to China’s increasingly politicized business environment. It is not beyond the realms of possibility that a company that is in favor one year, may suddenly fall out of favor the next if its home-country government comments on an issue that is deemed to be sensitive.

Putting aside the trials and tribulations of navigating the Forbidden City to its core, the opening of the Gate of Heavenly Peace was always the first step. So too is getting past the FINL for foreign-invested enterprises. Shortening the list remains an essential part in fulfilling China’s commitment to an open and fair market, and is thus welcomed as a step in the right direction.

European companies are equally eager to contribute to this market as they are to learn from it. You cannot be a global company without a meaningful presence in China, complete with access to its fifth of the world’s consumers, producers, innovators and business leaders. We are ready to do more, and we want this vibrant and attractive market to sparkle with the prestige and richness of the Forbidden City, but a holistic understanding of market access must prevail.