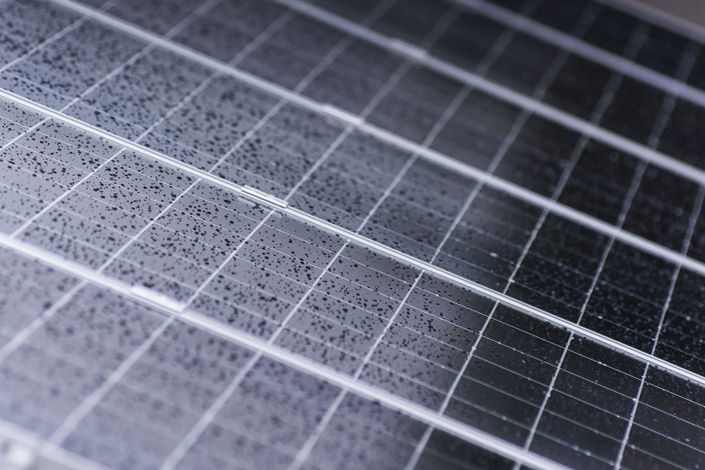 (Bloomberg) — One of the world’s biggest producers of polysilicon — a key ingredient for solar power systems — shut a major plant in China after it suffered a series of explosions, according to a person familiar with the incident.

Shares of rival polysilicon producers from South Korea to Germany rose on the news. The explosion could impact supply for more than a month and lead to producers increasing costs by 17%, Dennis Ip, an analyst with Daiwa Capital Markets, said in a research note.

GCL-Poly Energy Holdings Ltd.’s 48,000-ton-a-year plant in the Xinjiang Uygur autonomous region suffered multiple explosions resulting from problems with the distillation unit, said the person, who asked not to be identified because the information isn’t public. The company is inspecting the damage and has started repairs, though it doesn’t yet have an estimate for when it will be able to resume production, the person said.

A spokesman for the company didn’t respond to calls and a text message requesting comment.

Polysilicon plants use chemicals like hydrochloric acid to refine lower grades of silicon until impurities account for just one atom out of every million. The resulting crystalline material is able to conduct electrons when they’re agitated by photons of light.

The raw materials involved are extremely volatile, and the process can result in fine silicon powder floating around and clogging systems, Yan Dazhou, director of the National Engineering Laboratory of Polysilicon Material Manufacturing & Preparation Technology, said in an online conference Tuesday. Safety inspections may be tightened at polysilicon plants, he said, not referring specifically to the Xinjiang blast.