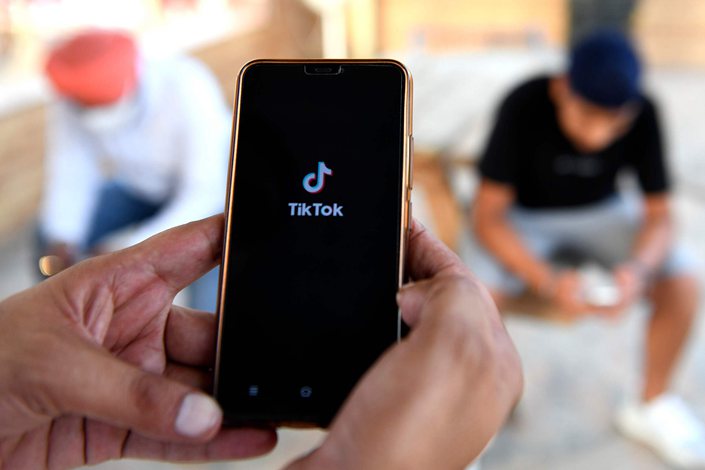 After years of expanding its global footprint, the Chinese tech giant ByteDance hit the wall on July 6 when India banned the company’s video-sharing app TikTok. The move would lead to a loss of 100 million to 150 million first-time installers of the app in India. Perceived as a response to the border clash between China and India earlier in June, the blacklist contains another 58 Chinese-made apps, including China’s largest social media platform, WeChat, owned by Tencent Holdings Ltd.

It is not the first time that Chinese tech companies have become ensnarled in geopolitical tensions. For some time, the White House has been blasting the Chinese telecom manufacturer Huawei Communications Co. Ltd., claiming the use of its products would jeopardize national security and demanding other companies and countries to also ban the company, in particular Huawei’s 5G installation. For example, as a U.S. ally, the U.K. recently decided to ban Huawei from its 5G construction, overturning a decision earlier this year to allow the company a “limited role” in building the ultra-fast wireless network.

In May, the Trump administration put another 33 Chinese companies on the “entity list,” after its banning spree last year which blacklisted supercomputer and microchip makers from China over alleged human rights violations. Earlier this month, following Beijing’s imposition of a new national security law on Hong Kong, Google and Facebook declined to share their user data with Hong Kong authorities. TikTok went even further to suspend operations in Hong Kong, and its China-based owner ByteDance Ltd. expects to exit from the city “within days.”

Geopolitics has always been part of international businesses in, for example, oil and gas. Nevertheless, geopolitics had played a rather limited role in most industries, and even for telecom companies who are often caught up in diplomatic squabbles, the current brash scrutiny had been rare.

But the U.S. is clearly not thinking along the same lines. On July 7, Secretary of State Mike Pompeo said the U.S. would consider blocking Chinese apps such as TikTok, adding that the app could result in “private information in the hands of the Chinese Communist Party.” This argument is highly questionable, since TikTok operates separately from its Chinese counterpart Douyin, and the largest shareholder of its parent company, ByteDance, is the billionaire founder Zhang Yiming rather than the Chinese authorities.

If the Chinese were to use the same line of argument, then they too should ban the U.S. electric vehicle company Tesla Inc., since the company also collects user data in China. Beijing has no such intention so far, and the company has recently relocated its China user data center from the U.S. to China to address connection issues and to better serve customers in its most promising market.

That said, Chinese companies, especially in the tech sector, have been factoring geopolitics into their decision-making processes. Geopolitics can abruptly change what products one can sell and make; what technology one can or cannot use; what customers one can sell to; where one can locate one’s supply chain, and even whether one can get certain supplies.

The global aspirations of Chinese tech brands will likely be curbed as many media and some governments constantly portray them as threats. The constant China-bashing has tainted the image of these brands and these companies when trying to internationalize their operations and they will face an uphill battle.

On the other hand, despite the wave of China-bashing and trade disputes, not to mention the pandemic that has severely impacted the global economy, China has continued to open up its market. In mid-2018, authorities decided to phase out foreign ownership limits on automotive companies, and Tesla became the first wholly owned foreign carmaker to operate in China with its Shanghai “Gigafactory.” Last year, British telecom operator BT became the first non-Chinese telecom firm to get a nationwide operating license in China. Restrictions in the oil and gas industry were largely relaxed, and China’s massive financial sector also became open to foreign investment.

This dichotomy — China increasingly opening its doors to all, while the West, in particular the U.S., reverts to unilateralism and protectionism — contradicts the traditional frame of reference that the West is liberal and open, and that China is closed and restricted. Recognizing this reversal of roles is critical as pundits are speculating about a wave of “de-China-ization” — a mass exodus of foreign companies from China after experiencing supply chain challenges during the pandemic. This has not happened so far. On the contrary, we see Chinese tech firms who aspire to become de facto global planning to truly de-China-ize. For example, in a bid to further distance itself from political controversies, TikTok is considering an independent headquarters outside China.

Will extreme geopolitics disappear anytime soon? Probably not. A likely consequence in the near term is a significant drop in foreign direct investment (FDI) from China, though foreign appetite for Chinese assets will remain robust. In 2019, Chinese FDI into the U.S. dropped to the lowest level since 2009 due to bilateral tensions, although U.S. investments into China grew slightly. Since January 2020, foreign investment in China has steadily increased, but China’s outbound M&A has hit record lows.

In a world that cannot be artificially separated, cutting ties with China will not necessarily benefit American businesses. For example, experts project that if U.S. semiconductor makers were to cut off from China, they would shed 18% of global share and 37% of revenue over the next three to five years. Many Chinese companies with overseas ambitions would also have to wait while switching their focus to domestic markets.

In the wake of recovery from Covid-19, Chinese regulators have launched a series of recovery plans. The “New Infrastructure” initiative, expected to generate $2 trillion investment over the next five years, aims to boost China’s local economy through next-generation information networks and hi-tech projects. The government is also investing heavily in “smart cities” across the country to empower urban management through advanced technologies such as 5G, the Internet of Things, big data, artificial intelligence, and blockchain.

Geopolitics, in its current form and tone, is further dividing the world and disrupting global markets. For some governments, distorting common sense and logic may seem to work temporarily, but it will most likely backfire over time. Let’s hope for the return of common sense and logic over extremism and exceptionalism.