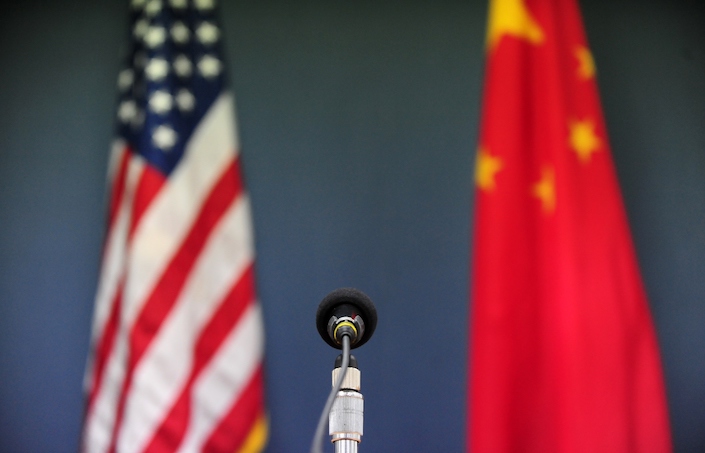 Zhu Feng is a professor of international relations at Nanjing University.

China-U.S. relations have been severely deteriorating since the end of January. There are many claims that the nations have tumbled into new Cold War.

As we read Secretary of State Mike Pompeo’s attacks on China, calling it a “brutal, authoritarian regime,” no one can deny that the Trump administration has unequivocally and finally labeled Beijing as an imminent threat, as their predecessors saw the Soviet Union.

Pompeo, along with President Donald Trump’s other China bashers — including Peter Navarro, Mark Esper, David Stilwell, and newly debuted Bill Barr — have viciously trumpeted China threat theories and declared punitive actions almost on all fronts. Thus there is no doubt that a new Cold War between Washington and Beijing has been getting a lot hotter.

Ironically, this is almost unilateral on the American side. Beijing’s response ― sometimes characterized as “Wolf Warrior diplomacy” ― has not primarily been reciprocal.

Entering a new Cold War with the U.S. does not benefit Beijing at all. It’s truly senseless for China to dance to Trump and Pompeo’s beat. Chinese reasoning is simple: Given the overwhelming power gap between two nations, any form of new Cold War would be detrimental to China’s reemergence. Maintaining China’s sustainable journey as a rising great power and avoiding any forceful confrontation with a hegemonic power serves Beijing’s interests best.

Of course, China’s domestic situation is more complicated than ever. Nationalist Chinese might see the Trump administration’s reckless push for new Cold War with China as an inescapable doom. As Professor Robert Gilpin reveals in his work, international politics is by nature a dirty job. With China’s near-peer competitor status in sight, American elites are destined to get tougher on China. Therefore, there is no possibility that China could avoid standing up to the U.S. unless Beijing is willing to kneel in front of the Trump administration. Nationalist Chinese have a great deal of political and social mobilizing capability.

However, the cost calculations frequently undermine this point of view. Therefore, realistic Chinese have proven to be more plentiful and influential. They ask for great efforts to avoid a new Cold War-like showdown with the U.S. More importantly, realistic Chinese see domestic constraints that would not allow Beijing to undertake a full-scale confrontation with Washington as long as China hasn’t finished its domestic transition. Conflict with the U.S. could prematurely terminate Chinese domestic trends toward a democratic and rule-of-law-based great-power status.

The question is whether the U.S. would back off from a new Cold War with China.

The Trump administration’s China policy has been full of inconsistency and confusion. On Jan.15, Washington and Beijing concluded their phase-one trade deal. It reignited hope that both powers could get back to a sound track after almost two years of trade war. Before America began its severe coronavirus outbreak, Trump mentioned a dozen times that he appreciated Chinese resolve to fight Covid-19. But the severity of the pandemic in the U.S. completely altered Trump’s approach to China. He and his followers tend to scapegoat China for their failure to curb massive coronavirus infections and ensuing economic depression.

The Trump administration’s barrage of China bashing has been politically motivated. Trump wants to enlist the China factor as the most important subject of his reelection campaign. It seems there is no area in which Trump can brag about his policy achievements except his toughness toward China.

Sadly Trump’s domestic political requirements have dramatically reshaped the relationship between the U.S. and China. The growing resurgence of tensions between them has negated international cooperation and unity in the global combat against the pandemic.

How far will the China-U.S. ties fall? No one knows yet. Trump once threatened to push for a complete “decoupling” with China. Certainly, the Trump administration’s China bashing will not stop as long as his reelection prospects continue to fade. His desperate exploitation of the issue to hold up his polling numbers might risk triggering a new military and political crisis between Washington and Beijing. It is horrifying to think about.

We are getting closer and closer to the presidential election Nov. 3. Faced with a bunch of politically desperate figures in the U.S., how can China-U.S. relations finally be soothed? Is the outbreak of a new Cold War in the pandemic-hit world what we truly have to look forward to? In almost all terms, a final rupture of China-U.S. relations would disastrously dampen the global geostrategic landscape. Similarly, Americans voting out Trump might be the only way to avoid this.

What sort of resource can we appeal to in preventing a China-U.S. confrontation? For the moment, there is nothing more important than Trump’s failure in November. If it finally happens, China-U.S. relations could presumably move back to a sound track — competing while cooperating. Otherwise, no one can keep faith in the value of China and the U.S. working together. A Biden administration might not quickly switch to a new China policy. But, at least, a Democrat-led government’s China policy would not be as disruptive and irrational as the current administration.