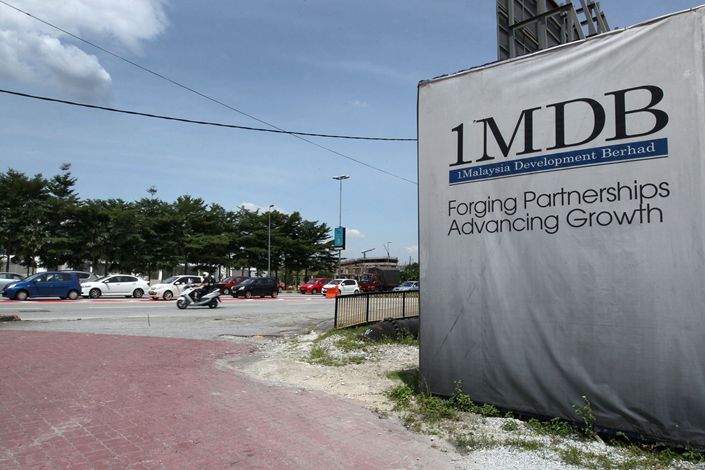 Over much of a decade, 1MDB has become shorthand for one of the world’s most daring heists — a conspiracy that spawned probes in Asia, the U.S. and Europe.Photo: Bloomberg

(Bloomberg) — Goldman Sachs Group Inc. has reached a $3.9 billion pact with Malaysia, marking a big step in the Wall Street giant’s efforts to resolve its worst scandal since the financial crisis.

The settlement includes a payment of $2.5 billion to Malaysia to resolve probes into the U.S. bank’s role in a scheme to plunder the Asian nation’s 1MDB investment fund, the ministry of finance said on Friday. It also guarantees that at least an additional $1.4 billion will come from 1MDB assets seized by authorities around the world, according to a Goldman Sachs statement.

Over much of a decade, 1MDB has become shorthand for one of the world’s most daring heists — a conspiracy that spawned probes in Asia, the U.S. and Europe. Authorities spent years tracking funds that allegedly flowed from 1MDB into high-end art and real estate, a super yacht and, ironically, the hit Hollywood movie “The Wolf of Wall Street,” chronicling an earlier era of financial crimes.

The case against the Wall Street firm focuses on its work raising $6.5 billion in 2012 and 2013 for the fund formally known as 1Malaysia Development Bhd., much of which was allegedly siphoned off by people connected to the country’s former prime minister. Goldman’s investment-banking group, led at the time by now-Chief Executive Officer David Solomon, collected an unusually high $600 million from the bond sales.

“This settlement represents Goldman’s acknowledgment of the misconduct of two of its former employees in the broader 1MDB fraudulent and corruption scheme,” Malaysia’s finance ministry said.

The pact doesn’t resolve other pending governmental and regulatory probes related to 1MDB, including one from the U.S. Department of Justice. The firm is nearing a deal with the DOJ that could be announced next month.

Much of the 1MDB saga centered around Jho Low, a once-obscure Malaysian financier whom prosecutors accused of orchestrating the theft. Low, who long professed his innocence, remains at large. But probes also drew in a number of Goldman employees: A former partner pleaded guilty to bribing government officials, his deputy was arrested and a top dealmaker in Asia was barred from the industry for life.

The pact follows a decade that the Wall Street firm had spent trying to rehabilitate its image in the wake of the 2008 financial crisis. The bank has long mounted a defense centered on the argument that it was duped by rogue staff, and that it had no idea the money it helped raise for 1MDB would be diverted from development projects.

Goldman Sachs said it expects to restate the second-quarter earnings it announced last week to “materially increase” provisions for litigation and regulatory proceedings due to the settlement. The bank said a valuation analysis on seized assets indicates it doesn’t face “significant risk” from providing the $1.4 billion guarantee.

“Unfortunately, Goldman Sachs will still have to settle with the DOJ to move on completely and if past major foreign corrupt-practice cases are a good indicator -- which we think they are -- the DOJ settlement could wipe out most of the great 2Q they just put up,” Glenn Schorr of Evercore ISI said in a note to clients.

Mike Mayo, a bank analyst at Wells Fargo & Co. said he now expects the total cost of the bank’s 1MDB settlements to be $4.5 billion, up from a previous estimate of $3 billion to $4 billion. Wolfe Research’s Steven Chubak estimated that the firm has already set aside more than $3 billion of legal reserves for 1MDB costs.

For Malaysia, the agreed-upon sum along with money it has received from the Justice Department would amount to more than $4.5 billion, the finance ministry said. That would mean the nation has been largely made whole for the roughly $4.5 billion that prosecutors said was stolen over a number of years.

Malaysian prosecutors brought charges against three units of the bank in 2018, then followed with additional accusations against 17 current and former Goldman executives last year. The bank has consistently denied wrongdoing, saying that former Malaysian officials lied about how proceeds from the bond sales would be used.

The settlement covers pending criminal proceedings against Goldman Sachs subsidiaries and certain current and former directors, the bank said in its statement.

Goldman’s former Southeast Asia Chairman Tim Leissner has pleaded guilty to U.S. charges including conspiracy to launder money and has admitted to bribing officials in Malaysia and the United Arab Emirates to get bond deals for the bank. Former Goldman banker Roger Ng has been extradited from Malaysia to the U.S. to face similar charges. Andrea Vella, a former co-head of investment banking in Asia, was permanently banned from the industry by the Federal Reserve earlier this year.

The settlement is a major milestone for Prime Minister Muhyiddin Yassin, a step toward ending Malaysia’s years-long effort to recover billions of dollars lost through the scandal. In 2018, the affair led to the country’s first change of government since its independence, when Mahathir Mohamad took over as prime minister from Najib Razak, who now faces multiple charges related to 1MDB. The Mahathir government demanded as much as $7.5 billion from Goldman Sachs.

The state fund remains a sore political point even after another power shift this February, as Malaysia’s current government under Muhyiddin counts on the backing of United Malays National Organisation, the former ruling party once led by Najib.