Trending in China: Undergraduate Degree in Housekeeping — Valuable Asset or Waste of Resources? 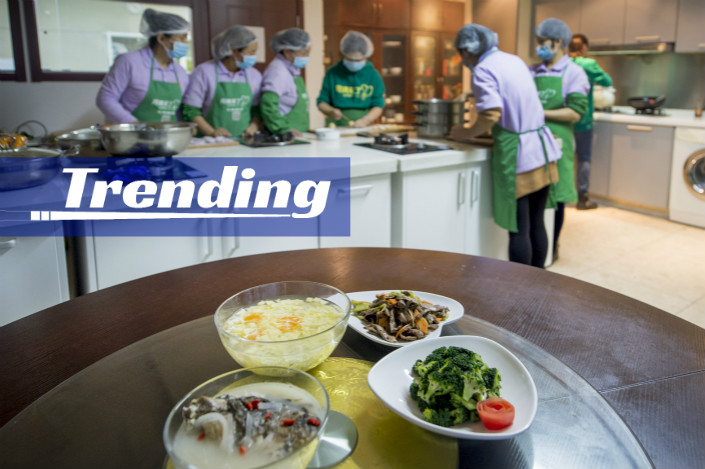 Shanghai Open University, an adult higher education institution, has raised eyebrows with its plan to offer an undergraduate degree in housekeeping, the first in the city. Established as a vocational program in 2012, the curriculum teaches practical skills such as cleaning, cooking, and floral decoration, as well as theoretical knowledge of sociology and psychology. Pending government approval, admissions for the undergraduate program will begin as early as spring 2021.

Across China, the housekeeping market is growing rapidly, a study by online classified ad giant 58.com shows. Housekeepers in major cities reported average monthly earnings of 8,875 yuan ($1,270) in 2019, on par with that of many college graduates. Over 70% of people described housekeeping as an “indispensable” service. However, social stigma surrounding the job — such as illiteracy and bad manners — often deters people from pursuing it as a career and makes consumers think twice before choosing a housekeeper.

Seeing a rising demand for housekeepers, colleges have begun setting up relevant vocational and undergraduate degree programs, but some have been struggling to keep them running amid low enrollment rates and negative social perception. The situation improved slightly with national and local policies to support the business. In December, Shanghai announced a series of health care and housing subsidies for housekeepers, effective this May.

The current vocational program at Shanghai Open University enrolls a variety of students from young mothers to soon-to-be retirees, attracted by the high demand for well-educated housekeepers, according to China News Service. With plans for an undergraduate program, the university hopes to train well-rounded housekeepers geared toward high-end consumers and management positions at housekeeping firms.

“This is good news,” one user commented. “Right now it’s hard to distinguish the good housekeepers from the bad in a disorganized job market.” While some worry that undergraduates will feel pressured to redefine themselves in a world where housekeepers can receive college diplomas, others argue that it is the housekeeping profession itself that should be redefined. “People need to realize that the evolving housekeeping industry demands knowledge and talent beyond basic cooking and cleaning,” another user wrote.

Meanwhile, many people argue that there needs to be less stigma surrounding housekeeping before vocational programs can be upgraded to real majors. In response, several college students said, “Don’t worry. I’m already tempted by the high earnings of housekeepers.”