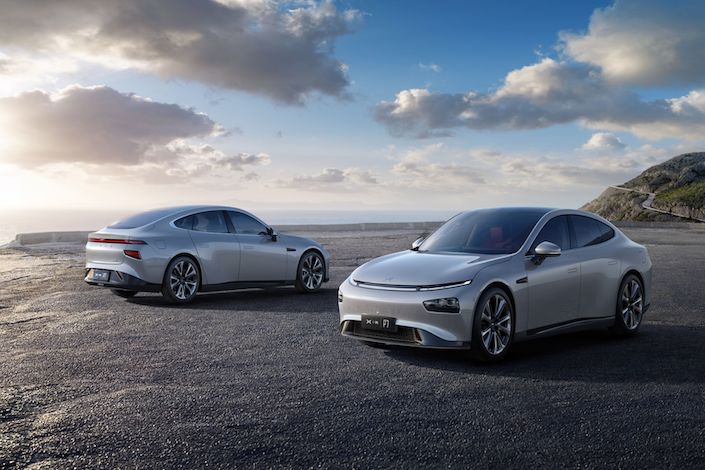 (Bloomberg) — Chinese electric-car startup Xpeng Motors is raising more funds from Alibaba Group Holding Ltd. and other investors ahead of its planned initial public offering (IPO) in New York, according to people familiar with the matter.

Qatar Investment Authority is also one of the backers putting an additional total of $300 million into Xpeng, said the people, asking not to be identified because the matter is private. That expands Xpeng’s pre-IPO funding round announced last month to $800 million. The increased funding reflects investor demand, one of the people said.

The Guangzhou-based carmaker may add to its haul before the IPO, the people said, as investor interest in electric vehicles (EVs) increases following gains in shares of Tesla Inc. and China’s U.S.-listed Nio Inc. this year. Xpeng competes against those two companies and a raft of other startups in China, the world’s largest EV market.

The company filed confidentially with the U.S. Securities and Exchange Commission to go public as soon as this quarter, the people said.

An Xpeng representative declined to comment. A spokesperson for Alibaba, an early backer of Xpeng, confirmed the technology giant’s participation in the latest round without providing details. Qatar Investment, a new investor, didn’t respond to requests for comment. The South China Morning Post earlier reported the increase in the funding round.

After years of developing cars and trying to boost their profiles globally, Chinese EV makers are taking steps to go public as the coronavirus pandemic and economic slowdown squeeze the market, boosting competition. Li Auto raised $1.1 billion via a listing on the Nasdaq stock exchange last week, and Hozon New Energy Automobile Co. said it would list in Shanghai as soon as next year. WM Motor Technology Co. is also weighing an initial stock sale in China as soon as this year, people familiar with the matter said.

Xpeng delivered 5,185 units of its first vehicle, the G3 SUV, in the first half. It started deliveries of its second model, the P7 sedan, in July, shipping 1,641 units.

Meanwhile, the field is getting tougher with the number of new Tesla registrations rising to a record in June, and BMW AG and Mercedes-Benz bringing out electric models.