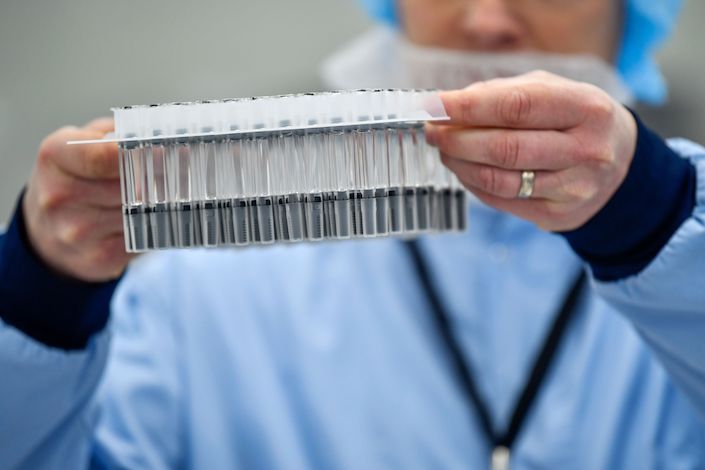 AstraZeneca Plc and China’s Shenzhen Kangtai Biological Products Co. entered a deal to produce the U.K. drugmaker’s promising Covid-19 vaccine, the latest in a flurry of global pacts aimed at fighting the pandemic.

Shenzhen Kangtai agreed to build capacity to make at least 100 million doses of the shot by year-end, and 200 million by the end of 2021, Astra said Thursday on its WeChat account. The companies will also look at working together on the jab — designed by scientists at the University of Oxford — for other markets.

Astra has already struck deals to supply hundreds of millions of doses of the experimental vaccine for the U.K., U.S. and Europe. The British drugmaker has said it will supply the shot at cost during the period of the pandemic, and hasn’t disclosed how much it will charge after. Astra has committed to starting delivery of 30 million vaccine doses to the U.K. by September.

Shenzhen Kangtai is one of China’s biggest vaccine makers, with shots against diseases such as pneumonia and measles. Many of its products employ more sophisticated techniques, including genetic engineering. It’s also a major supplier of hepatitis B vaccine.