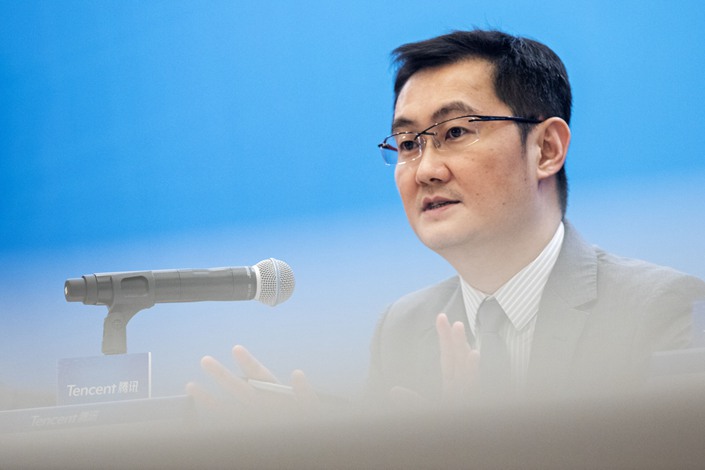 The move coincides with Trump’s push for the sale of TikTok, the popular video app owned by ByteDance Ltd., to an American company, and it comes a day after Secretary of State Michael Pompeo urged U.S. businesses to remove Chinese apps from their stores. The measure threatens penalties on any U.S. resident or company that engages in any transactions with TikTok, WeChat or their owners after the order takes effect.

“This mobile application may also be used for disinformation campaigns that benefit the Chinese Communist Party,” Trump said in the order, released Thursday by the White House. The data collection through TikTok “threatens to allow the Chinese Communist Party access to Americans’ personal and proprietary information -- potentially allowing China to track the locations of Federal employees and contractors, build dossiers of personal information for blackmail, and conduct corporate espionage.”

WeChat is the messaging software developed by China’s Tencent Holdings Ltd. that has evolved into an all-purpose app that allows people to use it for payments, e-commerce and more. The app is one of the most popular in the world with more than 1 billion users.

Tencent is one of China’s largest tech companies. Its CEO Pony Ma is among the many business leaders who serves as a delegate to the National People’s Congress, China’s rubber-stamp parliament.

Banning Wechat in the U.S. could have far greater implications to cross-border business between Chinese and American companies, impacting everything from the manufacturing of medical face masks and Apple iPhones to the inking contracts of lawyers and bankers.

While WeChat is not popular in the U.S. as a consumer messaging tool, the messaging app isn’t just used to chat with friends and family. In China, it’s virtually impossible to function without WeChat and is essentially used by businesses in the place of email and text messages, which are not used as widely in China as they are in the U.S. Other messaging apps like Facebook Inc.-owned Whatsapp are blocked in China, making it harder to communicate with overseas partners without WeChat.