By Martin Catarata and Gavin Cross 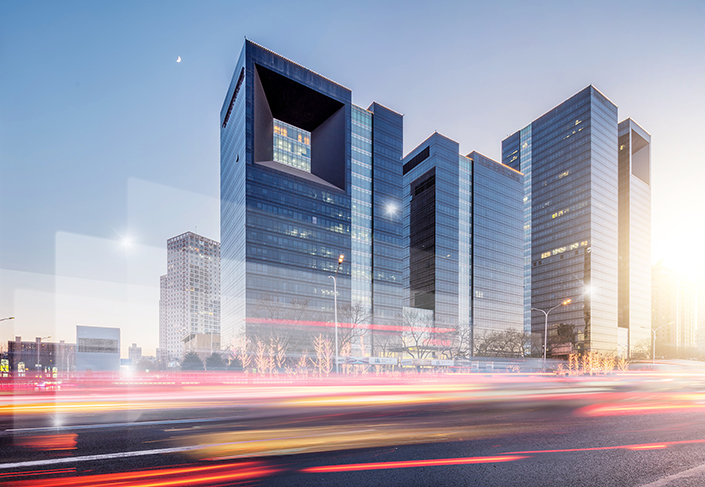 True to Winston Churchill’s adage to never let a crisis go to waste, the Chinese government intends to use the current pandemic as a stepping stone to accelerate and intensify previous policies to strengthen the technological infrastructure on which the next industrial revolution is set to be built. Besides international controversy over Huawei’s participation in global 5G network construction and its technological leadership on patents and standards, there has been very little international attention on China’s new infrastructure initiative, which is poised to augment China’s digital ecosystem in its entirety.

In late May, the Chinese central government presented the National People’s Congress its work report for 2020 amid the country’s biggest health and economic crisis since the start of the reform and opening up period. In the report, new infrastructure, a buzzword in Chinese policy circles since end-2018, was named the government’s top investment priority.

According to our research, current local plans indicate new infrastructure-related investments in 14 provinces will amount to at least 827 billion yuan in 2020 alone, with trillions of yuan of investment expected in the next few years from a mix of private and public sources. The initiative aims to accelerate China’s economic transformation, linking short-term infrastructure stimulus with adjustments to the country’s economic model and ambitions to develop its own technology.

China’s top economic planner, the National Development and Reform Commission, together with the Ministry of Industry and Information Technology and others, has prioritized the rollout of infrastructure based on next-generation information technology, such as 5G, artificial intelligence, and industrial internet (think “internet of things,” but for factory floors). This doesn’t just include investments in physical infrastructure, such as 5G base stations and computing facilities, but also applications like smart cities, and improving innovation capabilities by building R&D centers and tech parks.

For example, Shanghai increased its construction goal for 5G base stations from 20k to 30k by the end of 2020, and the three national state-owned telecom carriers have increased their 5G investment by 339% year-on-year. Private capital from Chinese tech giants will play an important role too. Alibaba and Tencent have announced investments of 200 billion yuan and 500 billion yuan respectively in cloud computing, artificial intelligence, and cybersecurity over the next few years. Even though some of these investments would have been made without central government involvement, the NI initiative bundles processes and allows for faster adoption of new infrastructure-related applications.

China was already a leading country in 5G and AI before the plan. Huawei has filed most 5G patents globally and Chinese telecom companies operate 250,000 5G base stations countrywide in contrast to a mere 10,000 in the U.S. China is also the global leader in volume of AI publications and patents with Tsinghua and Peking University ranking among the global top five institutions by published papers in major international AI conferences (although U.S. firms still tend to make the most advanced breakthroughs).

China’s new infrastructure push seeks to take the next step, providing a platform for development of more tech applications and fostering innovative business models underpinning them. To this end, for instance, Guangdong plans to establish a pilot zone to test AI applications and Shanghai promotes 5G applications in medicine, education, and logistics. Several other local governments are developing “smart city” projects or providing frameworks for testing and commercializing autonomous driving. Private companies, such as AutoX. Apollo, WeDrive, and Didi, are following suit and accelerating rollout of “robotaxis” (self-driving taxi services).

In the short term, Beijing’s priorities are to boost growth and employment. While new infrastructure will have some stimulus effect, it may not immediately boost growth, as it will take time for the economy to catch up and take full advantage of it. Furthermore, investments in 5G, AI, data centers and other new infrastructure-related technologies only make up 10 to 15% of total infrastructure spending.

However, in the long term, business models built on new infrastructure will very likely form a massive digital economy. According to a report by Tsinghua University, China’s AI industry alone is expected to reach almost 100 billion yuan at the end of 2020 – up from 41.55 billion yuan in 2018. On top of that, new infrastructure “will also have an inestimable multiplier effect” on the rest of the economy, argues Huang Qifan, vice chairman of the China Center for International Economic Exchanges. By quickly adapting foundational new technologies and developing a broad range of applications, China wants to capture a high share of the wealth generated through new infrastructure.

But there are significant obstacles to overcome in order for the stimulus to effectively advance the digital economy. First, the central government’s vague definition of the concept leaves significant room for local governments to include sectors which have little to do with the digital economy, such as high-speed rail or electric vehicle charging piles. Second, some firms can simply refashion themselves to receive a share of the stimulus program without actually contributing much to it. Allocating the funds to productive projects with high returns will thus be a major challenge for the success of the initiative. If Chinese companies don’t find enough applications, much of the new infrastructure will sit idle.

For foreign investors and equipment suppliers, the new infrastructure stimulus can offer investment and business opportunities. However, against the backdrop of intensifying tech competition amid a global downturn, China’s “new infrastructure” initiative is yet another strong reminder of its determination to lead the next industrial revolution. If successful, China’s new infrastructure push will not only support China’s technological upgrading efforts but may significantly alter global economic competition patterns.