Opinion: What the China-U.S. Rivalry Means for Stocks 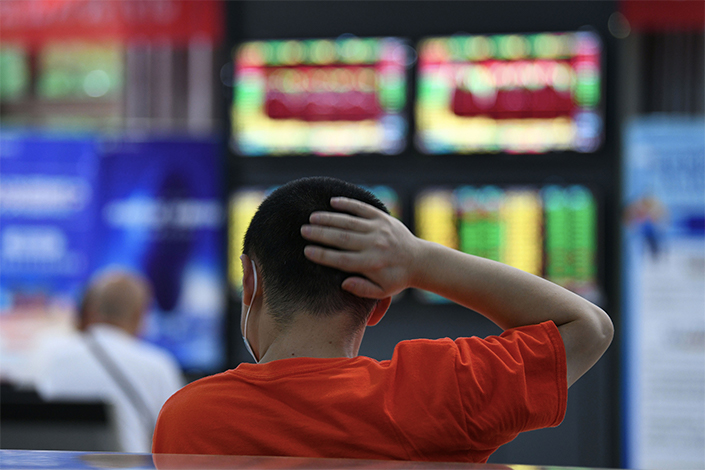 An investor watches the changing stock prices on July 10 at a securities trading hall in Jiujiang, East China’s Jiangxi province.

Hong Hao is managing director and head of research at BOCOM International, a subsidiary of Bank of Communications.

On April 30, 1984, then-U.S. President Ronald Reagan’s visit to China culminated in a speech to students and faculty at Fudan University in Shanghai. It was the first American presidential visit to China since Richard Nixon’s 12 years earlier. Back then, the U.S. needed an ally in the Cold War, and China was just opening up to the world.

It was a beautiful speech. Among the many lines of heartfelt eloquence, this line was particularly memorable: “… No people on Earth are more worthy to be trusted than those who have worked hard for what they have. None is less inclined to take what is not theirs …”

These words from a different era contrast sharply with the confrontation today. As the current tensions between China and the U.S. escalate, the market remains jittery. The news about a ban on Tencent Holding Ltd. in the U.S. caused the stock to plunge as much as 10% that day.

Obviously, stocks are fraught with headline risks heading into the U.S. election in November. Since 2017, U.S. President Donald Trump’s job-disapproval rate has been tightly correlated with the Shanghai Composite Index and the index of US-listed Chinese companies. Recently, Trump’s job disapproval numbers have indeed improved, either because the Covid-19 outbreak in the U.S. has peaked or because of his hawkish stance on China. Given the historical correlation, Chinese stocks will continue to face strong resistance from a trading perspective amid headline risks.

Meanwhile, Chinese economic data has continued to improve. The PMI continues to expand, with improvements in the new export orders index and purchases of raw materials. The trade balance was a blowout, driven mostly by exports of medical supplies. And foreign reserves rose slightly. Our high-frequency data show continued improvements in city road and subway traffic, property sales and production output.

However, despite China’s continuing V-shaped recovery, consumer confidence remains very subdued. Indeed, consumer sentiment has plunged to all-time low and diverged from the performance of stocks and bonds. Consumer sentiment has been a contrarian indicator in the past, and at such a depth, it used to portend market bottoms. But depressed consumer sentiment is also a reflection of the consumption part of the real economy, which is still struggling and still needs help. We should not be overly optimistic about strong medical supply exports and the consequently better trade balance, nor about the improving PMI and high-frequency data. These data show that the strength in the manufacturing industry may not last if overseas demand falters. The mantra of an “inner circulation” economy emphasizes spurring domestic demand.

The market continues to concern itself with monetary “fine-tuning” because of recent strong property sales. We would argue that monetary policy is always being fine-tuned, especially at a time when the external environment is fraught with risks. While property sales were strong in July, they remained below last year’s levels year-to-date as property prices rose at a measured pace, with the exception of a few cities. As such, price and sales growth suggest supply and demand are largely in balance, and there is no sign of nationwide speculation.

Indeed, the People’s Bank of China has been the most disciplined central bank in the world amid the Covid-19 outbreak. Consequently, the yield spreads between China and the U.S. have expanded to an elevated level that used to suggest resistance for stocks and resilience in the yuan. As the rivalry between China and the U.S. escalates, monetary policy, now with preserved leeway from previous self-restraint, can be used as a countercyclical instrument if the economy takes a turn for the worse.

In summary, Trump’s hawkish stance toward China will be a headwind for Chinese stocks, and depressed Chinese consumer sentiment suggests an uneven economic recovery. But the heightened yield spread suggests that China’s policy is tight relative to the U.S., and therefore leaves the central bank with some leeway to use monetary policy to cushion some downside risks for stocks. Given the market and economic data we presented above, policy should remain supportive. And clear communications from the central bank suggest limited room for speculators to game the future policy direction. Again, 3,500 remains a significant hurdle for the Shanghai Composite.

This column has been edited for length and clarity.