Trending in China: Parties in Wuhan — A Sign Covid-19 is Under Control or Tempting a Second Wave? 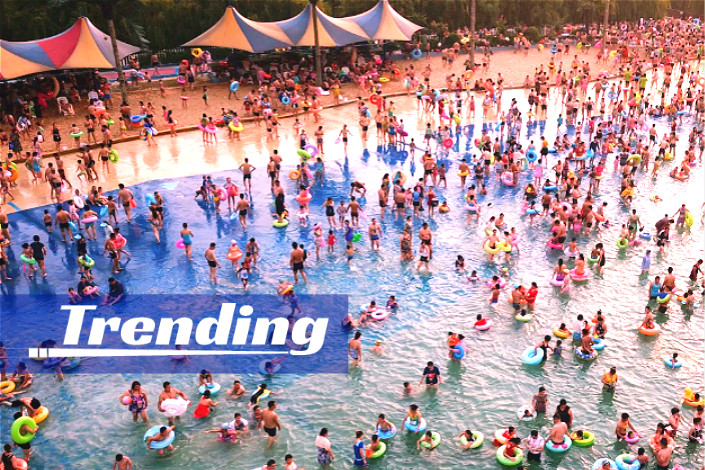 After months of associating the city of Wuhan, seen as the first Covid-19 epicenter, with strict quarantines and lockdowns, people across the world were shocked to see images and videos of a crowded pool party with no masks nor social distancing in sight. The photos, posted by AFP on Twitter with the caption “Wuhan wave,” show thousands of partygoers closely packed together at an electronic music festival at the Maya Beach Water Park in Wuhan. Some lounged on rubber floats while others stood in chest-deep water, celebrating a return to normal summer by cheering along to the music.

Since Wuhan emerged from its 76-day lockdown and a complete shutdown on travel, Hubei province began vigorously reactivating its tourism sector. From Aug. 8, to the end of this year, including peak travel seasons during national holidays, almost 400 tourist attractions across the province will be open to visitors from low-risk areas free of charge. Although the Maya Beach Water Park isn’t part of them, it has been offering half price tickets to female tourists in an attempt to attract more visitors.

While netizens in China and abroad gawked at how close the partygoers were packed together without wearing masks, Wuhan has reported no local transmissions of the virus since mid-May. Almost 9.9 million residents in the city have been tested and restrictions on public gatherings have largely been lifted. Officials at the water park reassured the public that the park is only operating at 50% capacity and the water is repeatedly tested and disinfected, according to China Daily.

Park officials were surprised that photos of the music festival went viral internationally, but said that the vibrant scenes would not have been possible without the efforts of all residents and medical workers. Chinese state media including China Daily and Global Times have all recognized the music festival as a testament to the city’s efforts to fight the virus.

Scenes of partygoers packed like sardines also raised some eyebrows domestically, with one Weibo user saying, “Such dense crowds still make me anxious.” Meanwhile on Twitter, while some dubious users could not believe their eyes, others said, “I’m really pleased to see at least some people enjoying themselves and it gives me hope. If Wuhan can recover enough to get back to water parties, so can we.”