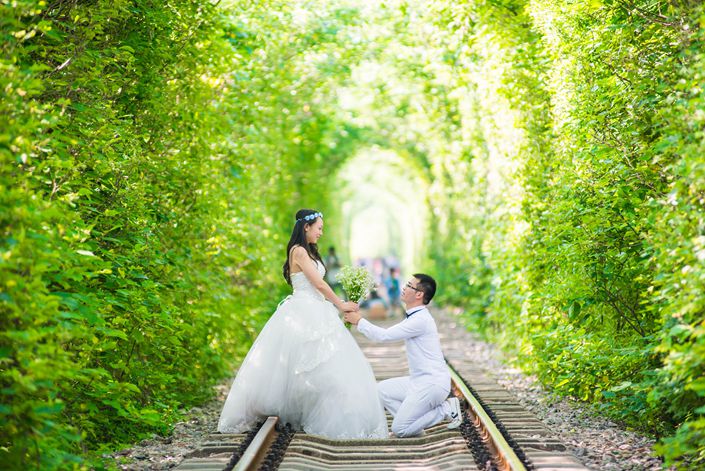 Li Yinhe is a sociologist whose main academic interests are sexual norms in contemporary China. This article, edited for length, was originally published in Chinese on Caixin Blog.

Today is the Qixi Festival in China so let me talk about how love is perceived in the country.

To begin with, people in ancient China did experience romantic love, which was not the norm but was perceived as abnormal.

This indicates that true love can only exist in a special kind of intimate relationship. Take these well-known ancient love stories as examples: the cowherd and the weaving girl, Zhang Sheng and Cui Yingying, and Liang Shanbo and Zhu Yingtai. Especially the last pair, they are in love until the very end, even as they both commit suicide and transform into butterflies. Aren’t these beautiful examples of love?

Ancient Chinese people praise practices with courtesy and obedience to tradition, such as a ritualistically proper marriage. Only the very few elope or fall in love with women in brothels. A typical marriage follows the pattern of a well-matched family, giving birth, the family inheritance and serving the husband and children.

They may not have noticed that in contemporary China, around the 1950s — after the universal implementation of monogamous marriage — Chinese people’s perspectives on love changed drastically.

For example, the phrase “in a romantic relationship” was invented at that time. And from that time, in regards to forming a husband-and-wife relationship, people began to share a common understanding: in the process of meeting, knowing, and falling in love, people need to date first and even need to be in a relationship for years before they can get married.

Therefore, in modern Chinese marriage, love becomes a common component that people value. This is the major difference between modern marriage and traditional marriage in China. Freedom of love, freedom of marriage and freedom of divorce have been the mainstream ideology since the 1950s.

In regard to the freedom of divorce, China has the most advanced — and most avant-garde — marriage law. In many western cultures, such as the U.S. and Europe, the divorce law has gone through a long process from fault divorce to no-fault divorce.

The definition of a fault divorce is one that a court can only grant when a spouse makes a mistake, such as abandonment, domestic violence, extramarital affairs, etc.

Starting from the marriage law in 1950, China recognizes no-fault divorces.

The reason for divorce in our country is that the two parties are growing apart and their marriage can therefore be dissolved. Loss of affection is a sufficient reason for divorce. This is the no-fault divorce that westerners have fought long for.

What does this show?

It shows that mutual affection plays an essential role in our reasoning for getting married.

From ancient times to the contemporary, from traditional marriage to modern marriage, such change is a delight.

Given the advanced and comprehensive marriage system, is it indicative that there are no problems with people’s perspectives on marriage and love in modern times?

We still find some bad phenomena — for instance, some choose to marry for money instead of love, claiming they would rather sit crying inside a BMW than riding a bike laughing. Others refuse to marry unless their spouse has a car and a house.

This is a perspective on marriage, in contrast with a marriage based on love.

I hope all young people can put more emphasis on love and emotion in choosing their partners, and have a marriage based on love instead of marrying simply for money or family inheritance. In those latter cases, people can easily be trapped in an unhappy marriage and will never find real joy and happiness.