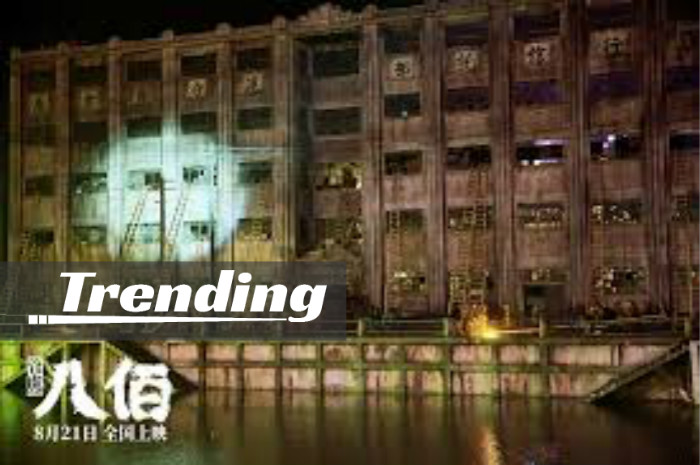 A month after most cinemas in China reopened after the Covid-19 outbreak, the domestic movie industry is seeing its first box office breakout hit of the year: the war drama film “The Eight Hundred.” It depicts a battalion of the National Revolutionary Army (NRA), led by the Kuomintang (KMT) party, resisting against the Japanese during the Battle of Shanghai (1937). However, some moviegoers feel reluctant to admit the film’s merits.

Originally scheduled to debut in June 2019, the release of “The Eight Hundred” was delayed until last week citing technical issues. As movie theaters in low-risk areas across the nation adjusted their capacity restrictions from 30% to 50%, people rushed to cinemas to watch the much anticipated film. As of today, its box office revenue has reached 1 billion yuan ($145 million), well ahead of the performance of other domestic and international titles in China’s post-pandemic theaters.

“The Eight Hundred” is based on a true story and zooms in on the struggle of eight hundred NRA soldiers—although the real number is closer to four hundred—trapped in a warehouse who fought against Japanese troops for over four days. Although the film has received a strong score of 7.8 out of 10 on the Chinese review site Douban, it remains highly controversial among viewers. Some critics argue that the film lacked historical accuracy and glorified KMT leadership, saying the battalion was in fact intentionally left behind because the KMT wanted to buy time and gain international empathy from Western powers.

The controversy was further fueled by a Weibo post from the film’s director, Guan Hu, featuring a photo of him with the son of general Sun Yuanliang, despite Sun having ordered the battalion to defend the warehouse while he left the battleground, earning him the moniker, “the general who fled.” Viewers criticized the director’s glorification of Sun’s actions as an attempt to promote the film when the real heroes are the soldiers.

The most-liked review on Douban reads, “After the movie ended, the entire theater was silent. It seemed like all the viewers were still immersed in the tragic atmosphere and couldn’t bring themselves back to real life.” Others said that the film’s patriotic message and majestic scenes, which were entirely shot on IMAX cameras, a first in Asia, lifted their morale in the wake of the pandemic and recent floods across southern China.

Meanwhile, other people acknowledged the film’s superior production and visual effects, but argued that its content and meaning warrant more scrutiny. “A film that is based on historical events should be objective and accurate. One user wrote, ‘The Eight Hundred’ focuses on the defense of the warehouse, but brushes over the corruption of the KMT leadership. We should walk away knowing not only that a battle took place, but also why the battle happened in the first place.”