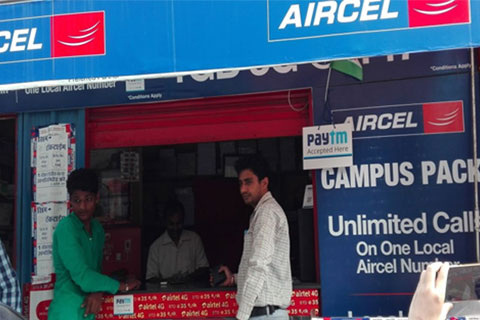 Paytm is one of the Indian unicorns Alibaba has invested in. Photo: IC

Alibaba will stop putting in fresh funds to expand its investments in Indian companies for at least six months, the sources told Reuters. The Chinese conglomerate is a key financial backer for some Indian unicorns like payment platform Paytm and food delivery service Zomato.

However, Alibaba has no plan to reduce its stakes in the existing portfolio firms or exit the investments, the report said.

In April, Indian’s trade ministry toughened its foreign direct investment rules with greater scrutiny on investments from countries sharing a land border in a bid to prevent “opportunistic takeovers and acquisitions” especially during the coronavirus outbreak, a move wildly seen aimed at Chinese companies.