China Calls for Talks With U.S. on Spat Over Stock Listings 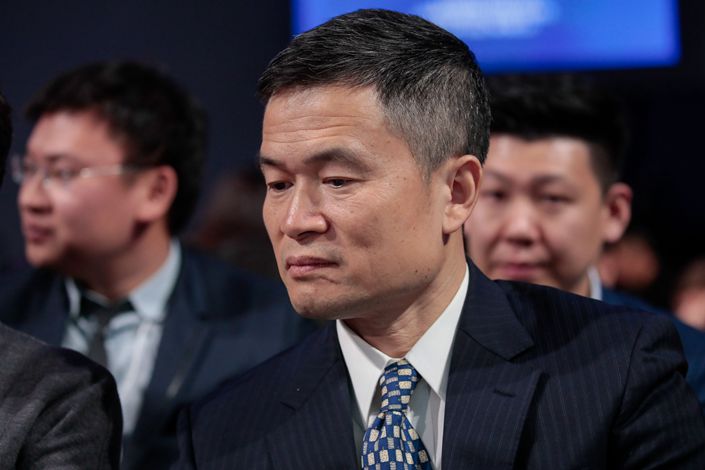 (Bloomberg) — China says it has made concessions in proposing to let U.S. regulators to audit some of its most sensitive companies and is calling for direct talks to solve a years-long dispute that threatens global markets.

In an interview in Beijing on Wednesday, Fang Xinghai, vice chairman of the China Securities Regulatory Commission (CSRC), said China is “sincere” in wanting to solve the standoff over the accounting issues.

U.S. officials have recently stepped up a push to gain access to audit working papers for Chinese companies that trade in the U.S., threatening rules that would trigger delisting shares such as those of Alibaba Group Holding Ltd. and Baidu Inc. if the request isn’t met. The standoff has dogged relations for years and deteriorated since 2017, after a trial inspections done jointly by Chinese and American regulators failed to yield an agreement.

Fang said on Wednesday that earlier this month, the CSRC sent the U.S.’ Public Company Accounting Oversight Board a fresh proposal, which would allow the U.S. to pick any of its state-owned enterprises for another trial run. China though would still insist on redacting some information because of national security concerns, a condition Fang described as an international norm.

“As both sides gain confidence we can proceed to handling these sensitive issues so that both sides are satisfied,” he said. “They are a bit more urgent. We are very sincere, but on the other hand we are also serious about protecting national security information.”

China’s securities regulator had previously proposed in April that joint inspections begin with private-sector companies before moving onto state-owned entities, which are more likely to involve security concerns, Fang said. Though some materials for private-sector firms could also be redacted because companies such as Alibaba and Baidu have contracts with the government and other “sensitive agencies,” he said.

The PCAOB, however, wanted to be able to begin with state-owned entities, which China has agreed to in its latest proposal.

Fang said he has reached out to the U.S. to hold a video or phone meeting, but has yet to get a response. As to why another pilot auditing project hasn’t taken place since 2017, Fang said it could be due to the “general atmosphere.”

When Fang went to the U.S. in September 2019 to try to solve this issue, the chairman of the PCAOB refused to meet him and instead sent one of his department heads, said a person familiar, who declined to be named discussing a private matter. In the past, the previous PCAOB chairman had been happy to meet and talk, the person said.

“For more than a decade we have sought to establish a cooperative relationship with China that is consistent with others around the world,” PCAOB Chairman William Duhnke said in a Wednesday statement. “Such a relationship, however, cannot be meaningfully pursued without the Chinese first embracing our core access principles. Despite the CSRC’s recent claims, its proposals remain materially deficient.”

After a protracted trade dispute that has roiled markets over the past three years, tensions between China and the U.S. are now spilling over onto the financial and technology sectors with tit-for-tat sanctions over a crackdown on Hong Kong and threats against some of China’s biggest companies.

Fang said that no one stands to gain from a financial decoupling between the two nations and that it would be bad for both New York as a financial center and for Chinese companies.

The disputes are playing out against a backdrop of China this year opening its financial markets more fully to Wall Street giants such as Goldman Sachs Group Inc., counting on them to provide fresh investments and foster a more competitive local industry.

This has proceeded unhindered with the most approvals being granted to U.S. financial institutions and is expected to gain pace as the Chinese economy gathers steam, Fang said.