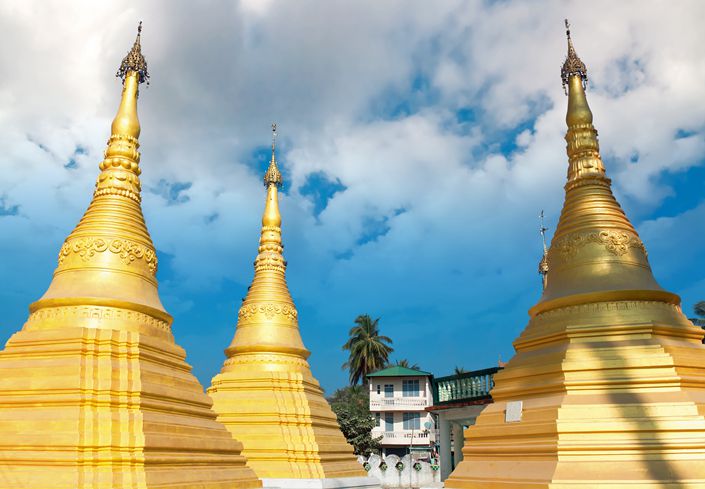 (The Straits Times) — Beijing has distanced itself from a controversial $15 billion Myanmar border city allegedly being built around gambling by Chinese investors.

The Shwe Kokko New City in Myanmar’s Kayin state “is a third-country investment and has nothing to do with the Belt and Road Initiative,” the Chinese embassy in Myanmar said in a statement posted on Facebook on Aug. 25.

The project is under investigation by the Myanmar government over the legality of its operations.

Beijing’s position on cross-border gambling is “consistent and clear,” it said.

China is strengthening cooperation with Myanmar on law enforcement, it added.

It is “stepping up efforts to crack down on cross-border illegal and criminal activities such as illegal gambling and telecommunications fraud, so as to safeguard social security and ensure the safety of people’s lives and property in both countries.”

Shwe Kokko city, also called Yatai City, is a $15 billion industrial and entertainment project near the Thai border being jointly developed by the Yatai International Holding Group and a company owned by former ethnic militia members integrated into the Myanmar army.

Yatai is led by China-born businessman She Zhijiang, who reportedly obtained Cambodian citizenship in 2017.

Myanmar media have highlighted how Chinese workers appeared to have poured into Kayin state, while reports by organizations, such as civil society group Karen Peace Support Network and U.S. Congress-funded United States Institute of Peace (USIP), have raised concern that the project would serve transnational gambling networks and become a money-laundering hub.

USIP cited Yatai City as one of the worrying developments, as “complex transnational networks of Chinese investors, forced out of Cambodia for illegal gambling activity, are relocating to Karen state to build three megacities as a hub for casinos.”

While Yatai has received central government approval to build only high-end villas worth $22.5 million on 10 hectares of land, it has been marketed as a 12,000 hectares project with blockchain-powered infrastructure.

Yatai’s promotional material has identified casinos as a top source of the city’s revenue even though the Myanmar government has yet to issue a license to any casino in Kayin state.

Within the city, many transactions are conducted through Fincy, a phone application by a Singapore startup which allows users to exchange currencies and pay merchants.

According to the app’s co-founder Douglas Gan, Fincy is used to pay salaries and is adopted by 90% of the merchants in the city.

In an earlier interview with The Straits Times, he said Yatai had approached his company first about using the Fincy app.

“They approached us, saying they have a city, and they are trying to build a smart city and they really think this Fincy app can help them because the nearest bank is a 10-hour drive away. And we thought okay, if they are going to market it for us, why not?”

He said the transaction sizes in the Myanmar city were relatively small, usually tens of dollars.

Meanwhile, technology developed by BCB Blockchain, another venture led by Gan, is used to automatically calculate, collect and store data on water and power usage on a trial basis in the project.

She added: “BCB Blockchain was approached by the developers of the Yatai City project in late 2018, as it sought to use the BCB Blockchain to power its development. As the blockchain developers of an open-source platform, BCB has thus far solely focused on advising the project on the integration of a smart utilities management system.

“As BCB neither owns any of the hardware and technology, the company is merely acting in an advisory role on the aforementioned integration.”

She added: “While we are not involved in all aspects of Yatai City’s development, BCB will cooperate with relevant authorities when needed to help facilitate a resolution.”