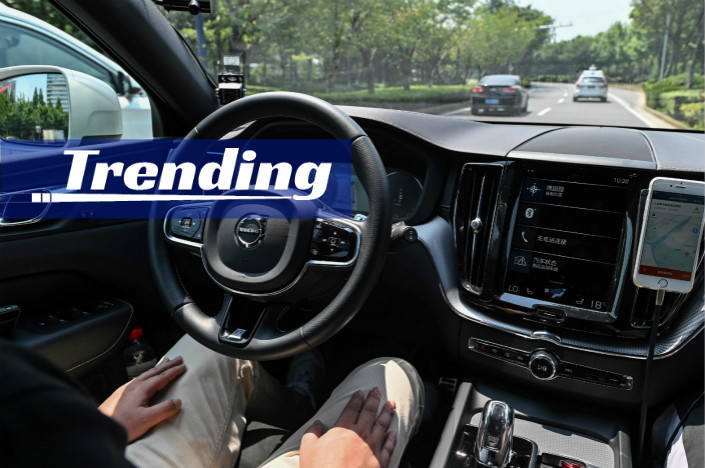 A month after ride-hailing giant Didi Chuxing launched the stand-alone ride-hailing service “Huaxiaozhu”, whose logo resembles a piggy-bank on wheels, the new app is struggling to live up to its hype. Hoping to lure younger consumers with more affordable rides than the main Didi app, Huaxiaozhu has elbowed its way into the top ranks of ride-hailing businesses. However, regulators in numerous cities have suspended the service, citing concerns over poor customer experience, unqualified drivers, and low-quality cars.

Since the launch of Huaxiaozhu, Didi has rolled out a variety of marketing strategies to attract drivers and users, with its most popular slogan being “tens of billions of yuan in subsidies.” The more orders a driver completes, the more subsidies he will receive from the app. In order to expand its consumer base, the service has tapped into the power of social media by encouraging users to recommend the app on WeChat, Twitter-like Weibo, and short video platform Douyin in return for discounts.

Lured by the abundant discounts, drivers and users initially flocked to the app. In July, after an aggressive round of advertisements and discounts, the number of daily downloads of Huaxiaozhu reached 60,000. On Tuesday, the app rose to the top of the chart for “Best Free Travel Apps in August” on the mainland App Store, surpassing its parent app Didi.

However, lower prices also seemed to come with lower standards. Whereas Didi previously reassured the public that the new app would only allow existing Didi drivers to register under strict compliance standards to ensure safe rides, in reality, regulators found that many Huaxiaozhu drivers operate without a ride-hailing license. In several cities, transportation officials have found Huaxiaozhu cars in poor condition, with some rear- and side-view mirrors taped together to keep them from falling apart.

Even with lucrative discounts, Huaxiaozhu has been struggling with user dissatisfaction. With the rapid expansion of the app’s user base, consumers in major cities frequently have to wait a long time before a driver accepts their order. Meanwhile, because Huaxiaozhu charges customers pre-determined rates regardless of traffic situations and actual route, drivers complain that they often earn barely enough money to cover gas whenever they are stuck in traffic for too long.

Huaxiaozhu has been frequently compared with e-commerce upstart Pinduoduo in their user orientation and marketing strategies. People say that both apps target younger consumers who prioritize cheaper prices over superior quality. While some people said they want Huaxiaozhu to keep offering discounts but step up its quality control, others responded, “You can’t expect to have both.”

Still others are worried that the loose regulations around Huaxiaozhu would bring more scandals to Didi, which has experienced numerous PR crises involving driver misconduct. From 2014 to 2018, the media reported at least 50 cases of Didi-related sexual harassment and assault, including 2 murders and 19 rapes, according to Southern Weekly. One user wrote, “Did Didi suddenly forget about its past tragedies, just as it’s making strides towards ensuring safe rides?”