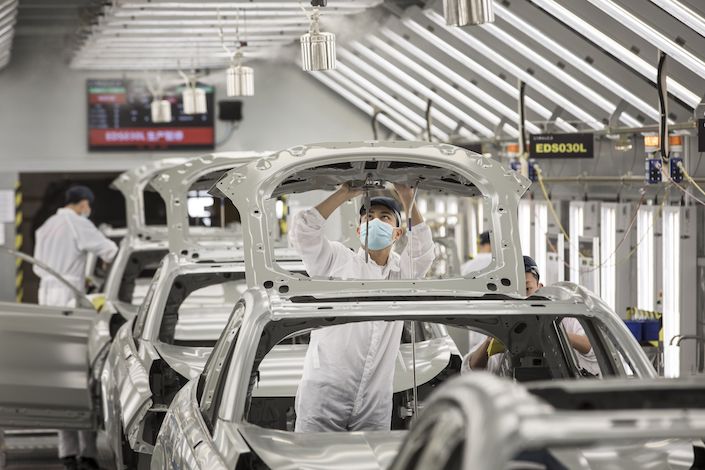 (Bloomberg) — Geely Automobile Holdings Ltd., the Chinese carmaker controlled by Volvo Cars owner Li Shufu, may raise as much as 20 billion yuan ($2.9 billion) through a listing on Shanghai’s STAR Market.

The debut would represent the first for any automaker on the bourse, a forum for high-tech and innovative companies that started last year.

Hangzhou-based Geely, which is already listed in Hong Kong, plans to use the money to help develop new technologies and vehicle models as well as finance mergers and acquisitions and replenish working capital, according to a sales document filed Tuesday.

Car manufacturers around the world are weathering an industry slump caused by the coronavirus pandemic. Geely last month reported a 43% drop in first-half profit after pandemic lockdowns shuttered factories and decimated demand. With the outbreak receding in China, sales have started to revive, and automakers are betting the world’s largest vehicle market can help them return to growth.

Citigroup Inc. raised its target price for Geely by 20% to HK$20 ($2.58) after the company flagged a Shanghai listing in June. The share sale should boost Geely’s market value in Hong Kong ahead of a planned merger with Volvo Cars, analysts said.

In February, Geely’s parent company announced plans to merge Geely Automobile with its Swedish affiliate, a move that could pave the way for the creation of China’s first global automaker. The deal would unify the bulk of billionaire Li’s growing stable of automotive brands and create a company with annual revenue of more than $40 billion.

Li, who also is also Daimler AG’s largest shareholder, has championed consolidation as a way for automakers to pool resources for initiatives like self-driving cars and electrification. He’s built a global carmaking empire over the past two decades, securing stakes in European legacy brands such as Lotus as well as investing in Malaysian auto company Proton.