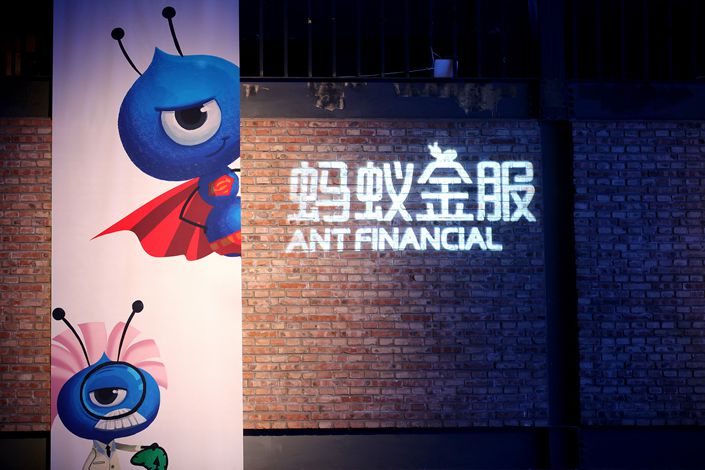 China’s financial regulators plan to cap the interest rates Ant Group can charge borrowers on quick consumer loans, a move that could curb the financial technology giant’s biggest revenue driver as it prepares for a mega initial public offering.

Loans made by Ant Group and other consumer lenders will be subject to a ceiling imposed by a China Supreme Court ruling last month, said people familiar with the plans, who asked not to be named as the information is private. Linked to a benchmark rate, the cap is currently 15.4%. The court said the rule doesn’t apply to licensed financial institutions, but it so far hasn’t specified whether it would impact fintech firms such as Ant.

While the rule isn’t targeting Ant specifically, the company is now the largest in online consumer lending, often helping smaller banks in competition with China’s largest lenders. Ant, the cornerstone of the Alibaba Group Holding Ltd. empire, tracks the spending behavior of hundreds of millions of users on China’s biggest online malls, helping analyze their creditworthiness. It’s said to be poised to raise $30 billion in an IPO.

Ant has worked with about 100 banks, doling out 1.7 trillion yuan ($249 billion) of consumer loans and 422 billion yuan in small business loans as of June 30. Only about 2% of the loans sit on Ant’s balance sheet, while the rest are offered by third party banks or have been packaged as securities and sold on, according to its prospectus. It’s unclear what proportion of Ant’s loans are issued at a rate above the court’s threshold.

The company declined to comment in an emailed statement. The China Banking and Insurance Regulatory Commission didn’t immediately respond to a request for comment.

Ant’s lending business has grown to become its biggest source of revenue as it faces growing competition in the online payments market. Lending revenue jumped 59% to 29 billion yuan in the first six months of the year, accounting for 40% of the group’s total. That’s underpinning Ant’s plans to seek a $225 billion valuation in its pending IPO.

Its Huabei product, similar to a credit card, and Jiebei, a type of unsecured consumer loan product, mostly charge about 0.04% or lower on a daily basis, or about 15% annualized. For its more than 20 million small business borrowers, the annualized lending rate was below about 11% in the 12 months through June. Still, that’s almost double the average 5.94% rate small borrowers can get from banks.

The new loan ceiling issued by China’s Supreme Court isn’t a set rate. Under the rule, rates can’t exceed four times the benchmark Loan Prime Rate. Based on the latest LPR, the ceiling would be lowered to 15.4% from a range of 24% to 36% under a previous judicial interpretation in 2015.

While it’s unclear whether firms must use an annual percentage rate or internal rate of return for the new threshold, Ant is expected to receive some leeway because of its efforts to support small businesses during the virus outbreak, one person said.

If calculated on an IRR basis, most credit card companies wouldn’t be able to comply with the rules since their rates average about 18%, said UOB-Kay Hian’s Wang.