Alibaba Is in Talks to Invest $3 Billion in Grab 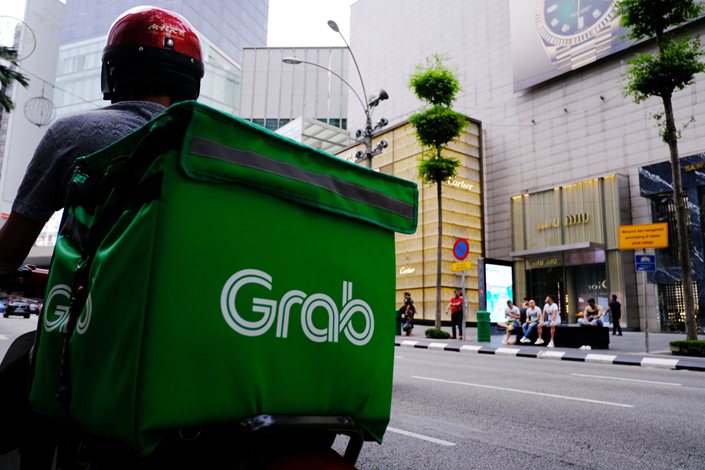 A Grab Holdings Inc. driver waits for an order in the Bukit Bintang district of Kuala Lumpur, Malaysia, on Jan. 6. Photo: Bloomberg

(Bloomberg) — Alibaba Group Holding Ltd. is in talks to invest $3 billion in Southeast Asian ride-hailing giant Grab Holdings Inc., according to people familiar with the matter.

The Chinese e-commerce giant, a sole investor in the round, will spend a portion of the funds to acquire some of the Grab stock held by Uber Technologies Inc., one of the people said, asking not to be named as the discussions are private. The deal may represent one of Alibaba’s biggest bets on Southeast Asia since its first investment in Lazada in 2016.

China’s largest corporation has previously had limited forays in ride-hailing but a potential tie-up with Grab gives it access to data on millions of users in eight countries, a growing delivery fleet as well as a stake in digital wallet and financial services. One specific plan under discussion is to integrate Grab’s delivery network into Lazada, giving the Singaporean startup access to a wider network of consumers, one of the people said.

The funding — about a fifth of Grab’s last known valuation of $14 billion — comes amid growing questions over the company’s ability to live up to its lofty price tag as it grapples with the impact of the coronavirus pandemic. CEO Anthony Tan said the company is facing its “single biggest crisis,” while co-founder Tan Hooi Ling warned in May of a “long winter.” Existing investors have also been frustrated by what they see as value-destroying competition with Grab’s regional arch-rival Gojek.

The world’s biggest ride-hailing companies have waged years of costly battles in each other’s territories before they agreed to stay out of each other’s core markets. The truce left Uber with considerable stakes in its rivals worth more than $9 billion, including a 23.2% stake in Grab at the end of 2018. Under the terms of a deal that Uber struck to exit Southeast Asia, Grab is on the hook for more than $2 billion to the San Francisco-based company if it doesn’t go public by mid-2023.

Masayoshi Son’s SoftBank Group Corp., an investor in all of the world’s biggest ride-hailing companies, is at the center of the discussions. The Japanese company has used its position as a major shareholder to push Uber to unload stakes in Grab, Didi Chuxing of China and Russia’s Yandex, the person said. Uber said in April it would write down about $2 billion in those investments after the coronavirus pandemic upended the ride-hailing business. Representatives of Grab declined to comment, while Uber and SoftBank didn’t immediately reply to queries. Alibaba offered no immediate comment.

SoftBank has also pushed Grab to make peace with Gojek. Even as speculations about a possible merger have re-surfaced, the two are far from reaching a deal, according to people familiar with the matter. The negotiations are hampered by a hostile relationship between the two companies and the complexity of coordinating between so many investors, they said.

JPMorgan Chase & Co. is advising Grab and Goldman Sachs Group Inc. is advising Gojek, other people familiar with the matter said. One scenario discussed in the past is potentially combining only the companies’ transportation business in Indonesia, one of them said. Grab and Gojek, valued at $10 billion, are fierce rivals with an ambition to create an all-in-one “super app.” They also compete in food delivery and financial services.

Indonesia, by far the largest and the most promising market in Southeast Asia, remains the key sticking point in any potential merger, with both companies wanting a majority stake in the merged business there, according to the people. Gojek, seen as Indonesia’s national champion, won’t be squeezed into a deal, according to another person familiar with the discussions. It has in the past denied merger speculation. Grab is ahead of Gojek in Indonesia, based on the total number of app downloads to date, according to App Annie. Gojek was the most widely used on-demand app by Indonesians in 2019, based on App Annie’s “2020 State of Mobile Report.”

Any deal would also likely face regulatory hurdles because it would combine the top two players in the region, reducing competition in ride-hailing and newer fields like food delivery and finance.

The pandemic and lockdown measures have battered both companies, forcing them to cut jobs and streamline their businesses. Still, Gojek pulled in new capital from Facebook Inc. and PayPal Holdings Inc., a show of confidence in its efforts to create a digital payments platform in the region.