Opinion: Can China Break Free of the Dollar’s Grip and Internationalize the Yuan? 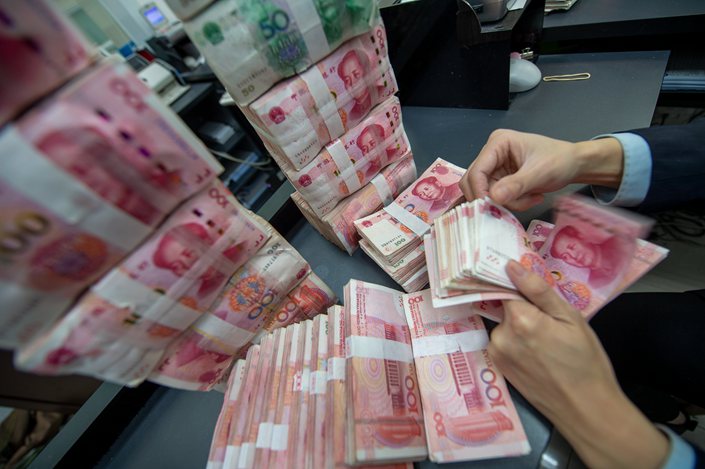 If the yuan is to become a truly global currency Beijing will have to enact major reforms or its economy will not be able to absorb massive global financial flows. Photo: IC Photo

Joel A. Gallo is CEO of Columbia China League Business Advisory Co., a Guangzhou-based management consulting firm, and a former executive at Deloitte, E&Y, PwC, and EMC Corp. This is a two-part analysis on the yuan’s internationalization.

With the Sino-American relationship in free fall and the Trump administration’s relentless drive to yank the two countries further apart, speculation is focusing on what comes next. Talk of the U.S. shutting China out of the global payments system, known as the nuclear option, dismissed as pre-election theatre by some, is bewildering and unnerving like a Greek tragedy to others. Such a self-defeating move would unleash unimaginable consequences and mere chatter of such a scenario has ramped up China’s efforts for weaning itself off the dollar and internationalizing its own currency.

Reasons for active promotion of the yuan abound, from helping China’s companies manage risk to reducing the cost of foreign exchange transactions. Other often-cited factors — the yuan not punching its weight compared to the currency of Japan, an economy it eclipsed years ago — while all true, do not capture Beijing’s two overriding concerns about the dollar-based system.

First, the U.S.’s financial dominance exerts coercive interdependence that entangles and constrains China, as it is tethered to a dollar-backed network. Second, financial asymmetry allows the Trump administration to exploit critical nodes in the global financial architecture to compel policy change in others, who in turn have little recourse but to abide by Washington’s edicts, lest they run the risk of excommunication from the greenback’s financial infrastructure. How can China break free of the dollar’s vice grip and internationalize the yuan?

Over the past decade, China’s currency has made incremental strides by promoting its use in various programs central to international finance. According to the Bank of International Settlements, in 2019 over $285 billion worth of yuan was traded in the foreign exchange market, a minor portion of the total worth of currencies bought and sold daily. Additionally, Beijing has boosted use of the yuan through its Cross-border Interbank Payment System (CIPS), an alternative to the dollar-dominated SWIFT network. In 2018, CIPS saw $3.8 trillion equivalent in total payments, while SWIFT on average processes about $6 trillion in daily transactions.

The yuan’s inclusion in the IMF’s synthetic basket of currencies — the SDR — marked a major coup for China, as it raised the yuan’s profile and status to a rung alongside the dollar, euro and other high-income country currencies. SDR inclusion bestowed the yuan greater credibility and furthered its use as part of official foreign currency reserves for national governments.

Deep, broad and liquid financial markets are foundational requirements for the yuan to develop into a true global currency, on par with the dollar and euro. But China’s capital markets are still developing and the economy’s credit needs are served, by and large, through mammoth state-owned banks and less so by the bond market, which is experiencing its own growing pains.

Presently, the bond market is weaning itself off the enduring belief of the government as a backstop for distressed issuers. Investors are becoming more vocal and tougher, demanding cross-default provisions and rejecting debt extensions from wayward borrowers. For its part, the government is permitting sell-side structural reform where less efficient enterprises are allowed to go bust, bringing greater discipline to the market. Defaults, virtually unknown a decade ago, will spur product innovation to hedge credit risks. And institutional players will demand greater credit differentiation among issuers, pricing and associated ratings — that reflect accurate fundamentals. Above all, China’s bond market needs to relieve mounting pressure from its overburdened banks and disperse concentration risk away from the banking sector to investors who want exposure to that risk and are willing to be compensated via a risk premium.

In recent years, the government has introduced a variety of initiatives to internationalize its capital markets including Qualified Foreign Institutional Investor and Renminbi Qualified Institutional Investor, which allow investors to move funds with less restrictions. Other linkages — such as the Stock Connect and Bond Connect programs, that permit funds to flow into and out of China — though welcome, only marginally improve capital market access.

Adding to the yuan’s woes, China is contending with a current account surplus relative to GDP and foreign exchange reserves that have already peaked and are on a clear downward trajectory. The former has already fallen a long way from the summit and is inching towards a deficit. In the future, Beijing will have to depend on capital inflows from abroad to fund a current account deficit to avoid draining foreign currency reserves. Left unaddressed, these factors will hinder the government’s ability to manage its currency.

Officials will need to introduce bold programs to strengthen capital markets, relying less on policy measures and more on true structural reforms. Otherwise, underdeveloped capital markets could limit China’s ambitions for internationalization. Deft management of the capital account and exchange rate mechanism may be sufficient to internationalize the yuan but only up to a point. Ultimately, if the yuan is to become a truly global currency Beijing will have to enact major reforms or its economy will not be able to absorb massive global financial flows, the hallmark of a proven safe haven currency.